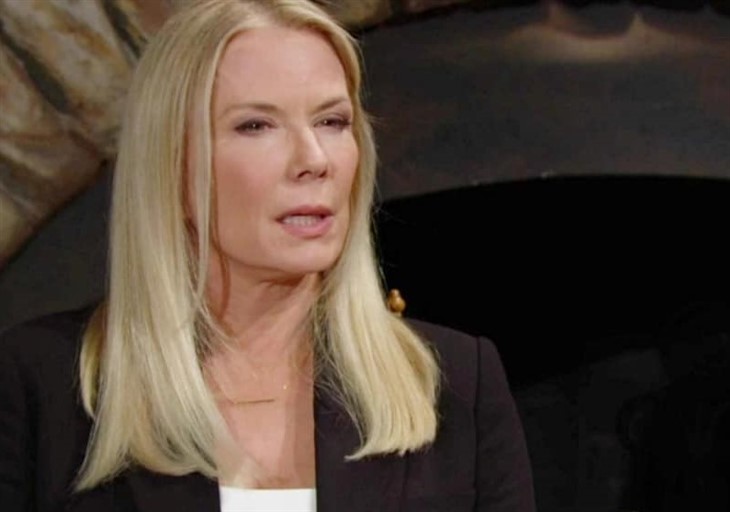 The Bold and the Beautiful spoilers document that Brooke Logan Forrester (Katherine Kelly Lang) feels that momentum is on her side. She will keep pressing until Ridge Forrester (Thorsten Kaye) realizes that she is his destiny, a cliché that is not really one on B&B.

Ridge and Brooke have been together and apart for decades on this iconic soap opera. They love each other, without question. And so, when one of their many marriages leads to a separation, as is true now, it is natural to believe they will reunite.

But the question in this instance is whether the Taylor Hayes’ (Krista Allen) factor will alter the trajectory of whatever eventual reconciliation Ridge and Brooke realize?

The Bold And The Beautiful Spoilers – Over To Taylor Hayes Again?

It could be that Ridge eventually reconciles with Brooke but that he divorces her first and romantically reconnects with Taylor for an extended period. The likelihood of that happening is greater than would have been predicted before Ridge opted to move to the cliff house in the recent past.

Kaye’s character felt he had to move out of the Logan mansion because Brooke’s revealed behavior with Deacon Sharpe (Sean Kanan) was too much to take. While Ridge was concerned about his wife’s fall off the wagon, her kissing session with Deacon

If Ridge wanted to be with Taylor, he would have filed divorce paperwork months ago. As viewers know, it has been a while since Ridge learned about Brooke’s end-of-year adventure. But he has also since learned that Sheila Carter (Kimberlin Brown) set up Brooke to fail.

Brooke is Ridge’s enduring love. Even though he left the mansion, Ridge made sure to stay in touch as he was concerned about her sobriety.

Now that the drinking issue has been explained, Ridge needs time to sort through his feelings in the neutral territory of his father’s home. It still seems like a long-shot that Brooke will fall back from the top position in Ridge’s heart.

The Bold And The Beautiful Spoilers – Ridge Forrester Persuaded By Surprise

Brooke is teased to make another play for Ridge this week. Meanwhile, Taylor is hanging back. She believes it is most honest to allow Ridge to choose his own.

But Brooke is not playing the same game. She intends to keep her marriage intact.

Taylor reinforced her sweet personality tag while seeming to doubt if that is best while speaking with Steffy Forrester Finnegan (Jacqueline MacInnes Wood). If Taylor makes a surprising pitch, Ridge might have to reconsider who he should be with right now.