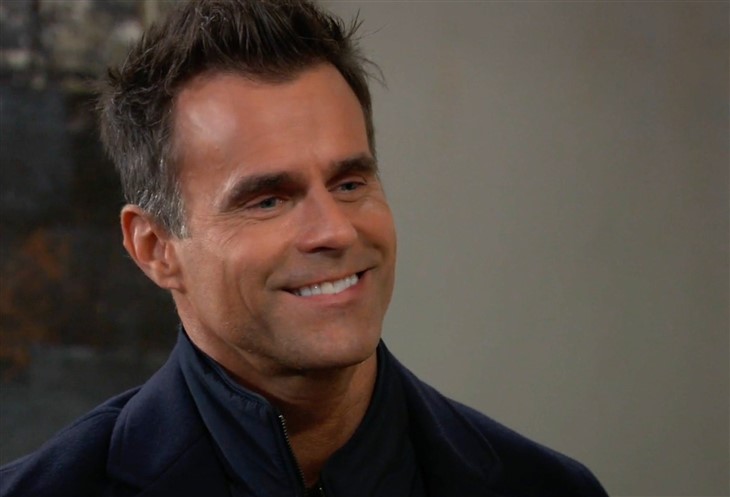 Previous GH episodes revealed that Drew caught Carly in the act of stealing a wine glass that Nina Reeves (Cynthia Watros) had just drank from at Charlie’s Pub. Drew stopped her immediately and asked her just what did she think she was doing, and why did she need that glass? This was shortly after Harmony Miller (Inga Cadranel) had given Carly a deathbed confession that Willow Tait (Katelyn MacMullen) was really Nina’s daughter, and Nelle Benson’s (Chloe Lanier) twin.

General Hospital Spoilers: Violet Hopes That Camping Out Will Help Finn And Gregory

Drew then helped Carly get into the Quartermaine gatehouse after she explained Harmony’s deathbed confession and needed something of Willow’s for a comparison. He made her promise to do the right thing and tell Willow the results if she and Nina were a match – she promised to do “the right thing”!

Carly didn’t tell Drew exactly WHICH “right thing” she would do, however, as she knew she would decide what the “right thing” would be – whether it was right or not! Carly got a text that the DNA results were in and she could pick them up at her convenience while she was in court waiting on the verdict. Soon she would see whether Attorney Diane Miller (Carolyn Hennesy) masterfully blew all the fanciful dreams and psychotic delusions of Nina’s to smithereens as she expected. Only in her twisted, psychotic fantasy dreams would Nina ever lay eyes on Wiley Corinthos (Viron Weaver) even from a distance again if Carly had anything to do with it! Carly fully expected to find that Harmony was nothing but a lying liar who lied when she picked up those DNA results, too!

Smug Carly, who excels in narcissism yet assigns that title to anyone she disagrees with, marches over to the lab at GH to pick up the DNA test results. She tries to convince herself that Harmony must have lied, even though most people don’t lie in a deathbed confession because they confess to assuage their guilt. Yet she is nervous when she opens the envelope, which she opens while still in the hospital in case she has a heart attack when she reads it!

Carly’s not so smug when she sees Harmony was telling the truth and Willow and Nina ARE mother and daughter; she rushes back to the courtroom with her decision made. Willow and Michael can NEVER know the truth for their own good and for Wiley’s protection as the judge soon reads her decision and Drew joins them in the courtroom.

GH Spoilers – Alone With Carly Corinthos, Drew Cain Asks What The DNA Test Says And Reminds Her Of Her Promise

Willow, Michael and Carly are still processing the verdict when Drew takes Carly aside and asks if she’s gotten the DNA test results. Carly’s in a bit of a bind since she previously had told Willow when she asked if Harmony had said anything to her about her birth mother before she died. Carly had lied and said no, so now she would have to explain herself about getting a DNA test and the results; why, Drew asks – Carly’s pride? Drew hadn’t known that little detail and he’s upset with Carly for lying to Willow about something important like that! Carly tells him that it was a match and Drew confronts her over telling Willow and she tells him the right thing is to never tell her and the reasons why!