Y&R Spoilers: Diane Lets Ashland In The Side Door – Kyle Persuaded By Mother? 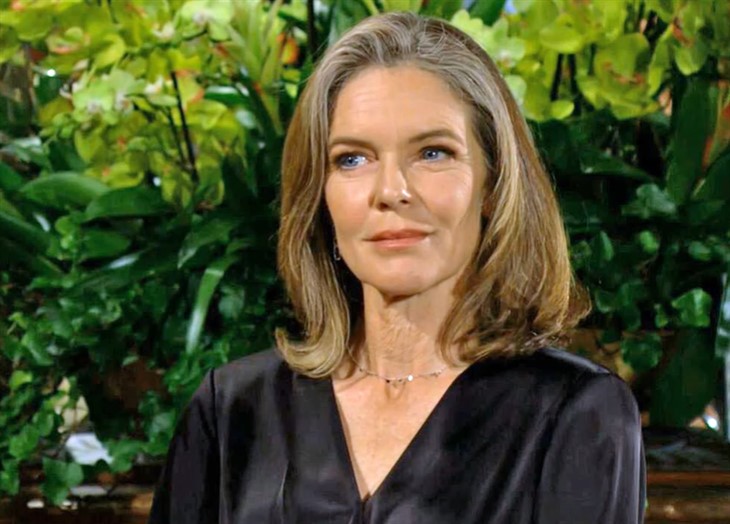 The Young and the Restless spoilers document that Diane Jenkins (Susan Walters) is in the process of making a new friend. While teasers indicate that she will not be willing to help Ashland Locke (Robert Newman) in his current efforts to connect with Harrison Locke (Kellen Enriquez), the possibility for Diane to let Ashland in the side door is likely.

Kyle Abbott (Michael Mealor) is already demonstrating that he retains a soft spot for his mother. He has openly stated his belief that she is trying to change and wants to give her a chance.

All Ashland needs is patience. If Diane can convince Kyle that their parent-child relationship is important, Harrison’s feelings for Ashland will be comparable at a later point in the plot.

The Young And The Restless Spoilers – What Is Best For Harrison Locke?

Kyle assumed a full-time commitment to his son after Tara Locke (Elizabeth Leiner) went to jail in New York. That, along with Ashland’s agreement to let Kyle and Summer Newman (as then played by Hunter King) take Harrison to Europe meant Kyle became Harrison’s main father figure.

Ashland has remained in touch with Harrison since that time. He truly does care for the boy he believed was his biological son. But Kyle must also admit that Ashland has been magnanimous since the paternity reveal.

Kyle will need to decide if Harrison’s feelings for the man he still calls father override the doubts about Ashland’s duplicity.

In what seems like no time, Diane has revealed she faked her murder, reintroduced herself to Kyle and apologized for her actions. Most importantly, Walter’s character has pledged to do whatever is necessary for an indefinite period to regain Kyle’s respect.

While Diane has exhibited some of her old fighter demeanor, she has generally projected a redemptive stance. Kyle accepted the premise that his mother was not mentally stable when she abandoned him as a child.

The notion that Diane deserves a second chance is enhanced by the volume of people in Genoa City, Wisconsin, who have received the same from others, including Kyle.

Kyle is not making his mother beg for admission to his life. Instead, he has been direct with her and is now opening his heart.

Mealor’s character has his wife’s backing, which is significant. Summer (as now played by Allison Lanier) recently told her mother, Phyllis Summers (Michelle Stafford), that it is Kyle’s mother and his decision, which she supports.

The Young and the Restless Spoilers: Nikki And Diane’s Slapdown Is Getting Rave Reviews #yr #YoungandRestless

If Ashland is able to impress Diane, it becomes possible that she will allow him side-door access to Harrison, meaning that Newman’s character would be present when Diane spends time with her grandson.

Kyle could be put in the position of admitting that Ashland is not a threat and should remain part of Harrison’s life on Y&R.