B&B Spoilers: Ridge Breaks Up A Catfight Between Taylor And Brooke 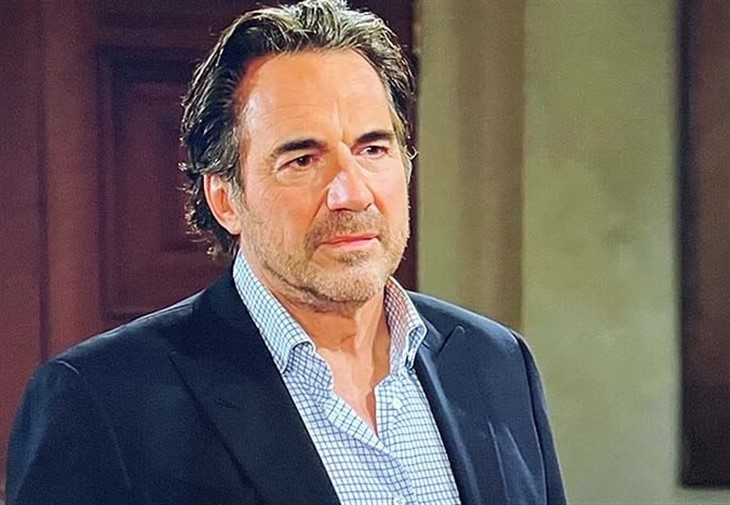 The Bold and The Beautiful spoilers and updates tease that Ridge Forrester (Thorsten Kaye) will break up a catfight between Taylor Hayes (Krista Allen) and Brooke Forrester (Katherine Kelly Lang)! Of course, that catfight will be over none other than himself in an upcoming episode of BOLD!

Previous episodes of BOLD showed Brooke staking her claim on HER HUSBAND in HER father-in-law’s house which she made very clear to Taylor, as the two semi-argued over Ridge. Taylor could tell she was trying to get Eric Forrester (John McCook) on her side in the battle over Ridge and she called her on it, too! Eric asked for the two women to behave themselves and Taylor made clear that Ridge loves her and their children while Brooke cattily said Ridge needs passion.

Brooke was of course implying that Ridge got no sexual satisfaction from Taylor, and never would because she, Brooke, was superior! Taylor also had mentioned that Ridge left the cliff house to stay with his dad to get some space and time to know his mind and heart.

Brooke, who constantly reminds Taylor that she is his WIFE, will keep up her digs into Taylor over Ridge, and she will become more and more fierce. Brooke always ran after Ridge no matter who he was with and broke up whatever relationship he was in, in addition to cheating on him with several different men! Ridge was engaged to someone the first time she saw him as an employee of a catering company and immediately chased after him!  When she couldn’t get him to break up his engagement she married his father, earning a very famous derogatory nickname from Stephanie Forrester (Susan Flannery)! She worked hard to break up his first marriage to Taylor, until she was presumably killed in a plane crash but was really kidnapped by a sheik!

Brooke is making plain to Taylor that she will not let Ridge go, and no one will be surprised if Ridge wants a divorce from her she won’t grant it! If Taylor or another woman were not in the picture it would be different, and maybe she would initiate the divorce to make him want her! Ridge and Brooke seem to have in common the wanting of others when they don’t want them – it being more about the chase than the conquest!

Viewers can expect that even though Ridge wanted some time to think himself, Brooke will dog him every day until she gets him back. Taylor will have to fight Brooke for him if she’s ever going to get him back for good, even though she hates conflict!

With Ridge living at the Forrester mansion and Brooke and Taylor both coming over frequently looking for him – viewers can expect that there will be a clash! Brooke is the one with the claws drawn and the back arched who starts hissing at Taylor that she better stay away from her husband, Taylor, on the defense! Brooke’s attitude of superiority galls Taylor, and Brooke keeps her digs going and Taylor finally fights back, and both women are shouting and calling each other names! Ridge has both women’s feelings to consider plus his and Taylor’s children’s feelings and he intervenes to break it up just as the fight is almost physical!