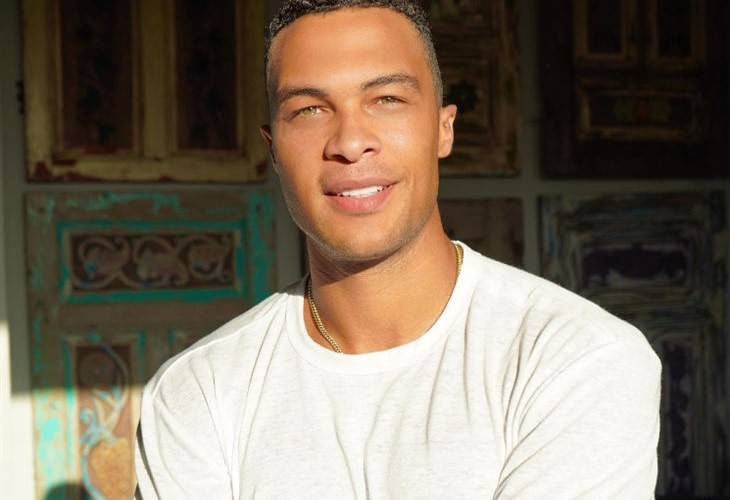 The Bachelorette brought a complex situation during Season 16 when Clarie Crawley fell hard for Dale Moss. Recall, it was possibly the most interesting of editions because ABC ended their run early and brought in another lead. Anyway, it all fizzled out. But Dale still has followers and he managed to shock them with an extreme stunt this week.

When Clare Crawley’s sudden departure resulted in Tayshia Adams taking over, it had become obvious that she only had eyes for Dale. Actually, the storyline went that she saw him, clicked instantly, and knew he was the right guy for her. Actually, it infuriated the rest of the contestants, and rumor has it that ABC execs told her to leave.

The Bachelorette fans watched as the blissful relationship struggled along after a short time. Reuniting, it fell through again. So, thirsty fans cheered his freedom. Meanwhile, others thought he was crazy to even think about hooking up with her. In fact, Clare wasn’t good at finding love in previous spinoffs of the show like Bachelor in Paradise.  Well, he has something else in common with Paradise and he seems to be quite brave.

ABC fans are used to seeing Dean Unglert from Bachelor in Paradise do extreme things like jumping off hot air balloons. Now it turns out that Dale also shares a love for extreme situations. Taking to his Instagram on May 31, he showed himself hanging off a building in New York.

The Bachelorette alum didn’t jump off the high-rise building, which Dean Unglert might have considered. However, his fans were both impressed and shocked at him casually leaning back at 1.200 feet up in the air. Actually, if anything went wrong, it’s hardly likely his helmet would help much.

The Bachelorette  – ABC Fan Comment On The Extreme Stunt

The Bachelorette fans took to the comments and one of them said, “This gives me goosebumps !!!”

Meanwhile, another fan wrote, “Hell freaking NO!!!! 😮” to the idea of doing it themselves. Meanwhile. another fan agreed saying,“Couldnt pay me to do that.”

One fan who knows their limitations suggested, “I would sign up then cry at the top 😂.”

New York offers several attractions for those folks who enjoy heights, but Dale seems to like the more extreme fun the city offers.

Several followers said that it looked exciting enough for them to try. Would you enjoy hanging off the edge of a building at 1,200 feet above the ground? Sound off your thoughts in the comments below

Be sure to catch up on everything happening with the ABC cast right now. Come back here often for all the latest The Bachelorette spoilers, news, and updates.