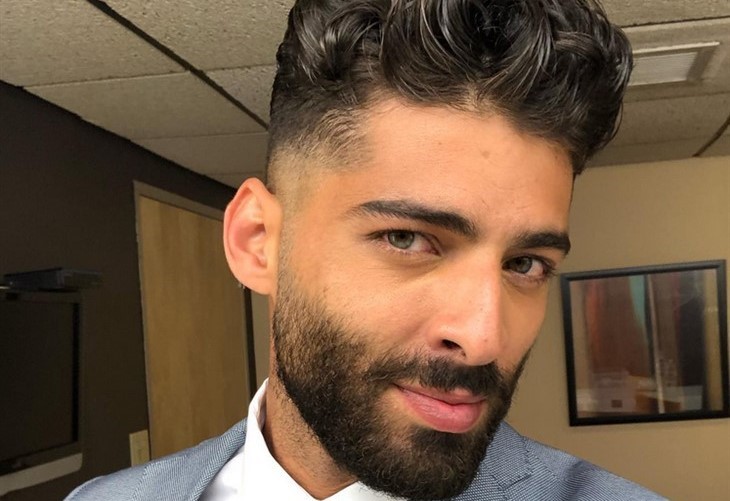 The Young and the Restless news reveals Jason Canela is back to work and scored a hot new gig in horror movie “Stay Safe.” The actor took to Instagram to share the exciting news with fans.

“Super excited to be a part of this project! Thank you so much for having me,” Canela captioned a photo from the set.

Stay Safe is directed by Jason DeVan and also stars Mitchel Musso, Kelli Berglund, and Spencer List. The plot centers on a group of friends who get stranded in the middle of nowhere and must fight for their lives against a psycho killer.

Y&R Spoilers: Diane Lets Ashland In The Side Door – Kyle Persuaded By Mother?

No release date has been announced for Stay Safe, but filming is currently underway.

Some Y&R fans were holding out hope for a Jason Canela return, but it looks like Arturo Rosales is gone for good. Canela played the role of Arturo from 2017-2019. The character was killed off in a shocking turn of events last year.

It doesn’t look like The Young and the Restless writers have any interest in bringing back the Rosales family to Genoa City. Just last month, Arturo’s big brother Rey Rosales was killed off as well.

The Young and the Restless Spoilers: Nikki And Diane’s Slapdown Is Getting Rave Reviews #yr #YoungandRestless

The role of Rey was played by Jordi Vilasuso, who has been rumored to have joined the cast of The Bold and the Beautiful. But, those rumors have not been confirmed.

Do you think The Young and the Restless should bring Jason Canela back to the show? Let us know your thoughts in the comments below.

Fans will have to wait and see what’s next for Jason Canela, but it’s great to see him back to work on a new project. Will you be checking out his new movies? Stay tuned for more The Young and the Restless news and updates right here.