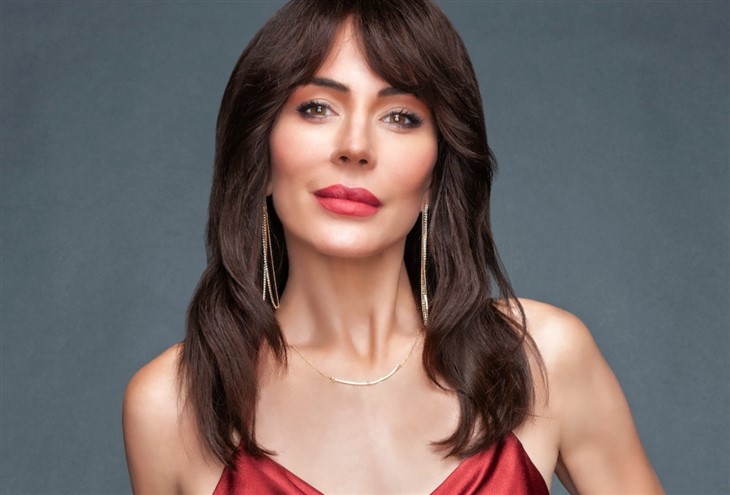 The Bold and the Beautiful news says that from her wardrobe, to her hair, her accessories and now even her bandages, everyone wants to know why Krista Allen (Taylor Hayes) looks the way she does in front of the cameras. Luckily, she’s got some answers for everyone. This time around everyone wants to know why the brunette beauty is wearing a bandage during her scenes. Here’s what she has to say!

According to Krista, the reason why she’s wearing a bandage (which the producers aren’t trying to hide in any way), is because she got burnt pretty badly during an off-screen accident. “Long story,” the actress explained on Twitter. “I’m fine now! I saved someone from a house fire and my hand got mangled. The pics are ga-ross, so I’ll spare you.”

The Bold And The Beautiful Spoilers – In Decemeber

If that weren’t enough, a lot of fans also noticed that her fingernails also looked a little off. Krista said, “Yes! My nails were gone!”

Funny story,” she continued, “In that scene, I tried to use the press-on nails that makeup department gave me to match… but they kept popping off.”

Back in December of last year, Krista also had to explain why she was wearing a wig in front of the cameras. During an episode for Bold Live with The Bold and the Beautiful supervising producer Casey Kasprzyk, Krista said, “It’s been such a hard thing because some people think that I actually, that I am, like, choosing to wear a wig because I think it looks beautiful. So right when I got cast for this part, my hair was a short, blond pixie. It was like…it’s been growing, right? But it was blond and I started working within—what, I think it was within a week I was on set, you know. So we didn’t have time and I had to take my hair back from blond to dark brown and so we needed a little bit of time so we thought, let’s do a wig; that’d be great.”

B&B Spoilers – Tune In This Week

Of course, fans will have to tune in this week for all of the action! In the meantime, let us know what you think by leaving us a line with your thoughts in our comments section below. The Bold and the Beautiful airs weekdays on the CBS network. Check your local listings for times.