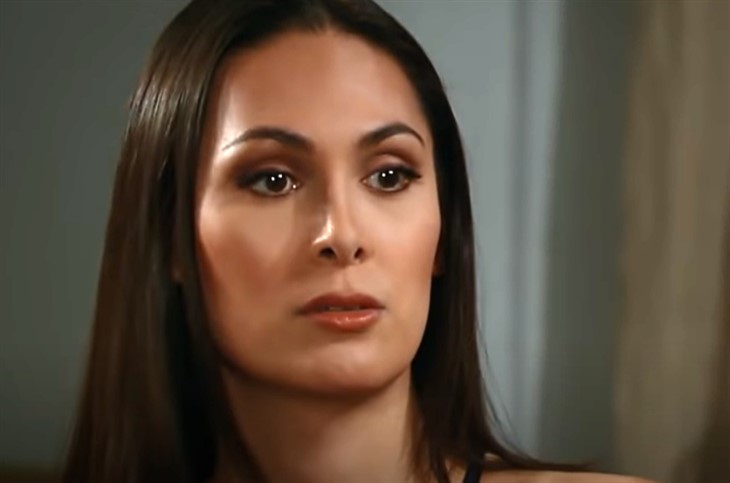 General Hospital (GH) spoilers tease that the romance between Dr. Terry Randolph (Cassandra James) and Chet Driscoll (Chris Van Etten) may not have worked out, but the animosity between Terry and Chet’s sister, Amy Driscoll (Risa Dorken) isn’t just going to fade away. Terry is Amy’s boss, but things aren’t likely to get any easier between these two in the near future. Hopefully, they can find a way to co-exist now that Chet is no longer in the picture!

General Hospital Spoilers – Amy Driscoll Pulled Out All The Stops!

Once Amy found out that Chet was interested in Terry, she took action. She applied for a job in Chet’s name and he got it. But Chet wasn’t sure what to do. Amy felt guilty for manipulating her own brother so she came clean to both Terry and Chet. Although both Terry and Chet were disappointed that they wouldn’t be able to explore their attraction, Terry encouraged Chet to take the job, which he eventually agreed to do.

GH Spoilers – The Animosity Between Amy Driscoll And Dr. Terry Randolph Will Continue.

With both Amy and Terry continuing to work together at General Hospital, it’s not likely that their animosity will fade away. Although it was Amy’s meddling that led to her brother leaving town, she will still likely blame Terry. And Terry for her part, wouldn’t like Amy to dislike her so much that she was willing to send her own brother out of town to keep them from being together. Things were said and done than can’t be taken back so easily.

General Hospital Spoilers – Amy Driscoll And Dr. Terry Randolph Will Have To Work Together!

But Amy and Terry are in the business of saving lives at General Hospital. Patients can’t suffer because two employees don’t care for one another. So regardless of what happened in the past, Chet is gone and both Amy and Terry are still there and will have to learn how to co-exist. Perhaps they can come to an understanding and can be cordial, if only for the sake of their future patients.

Will Terry blame Amy for Chet’s job offer? Should Chet have taken the job? And how can Chet and Terry ever get along? Anything can happen in Port Charles so stay tuned to General Hospital airing weekdays on ABC. And don’t forget to check back right here regularly for all your General Hospital news, information and spoilers!