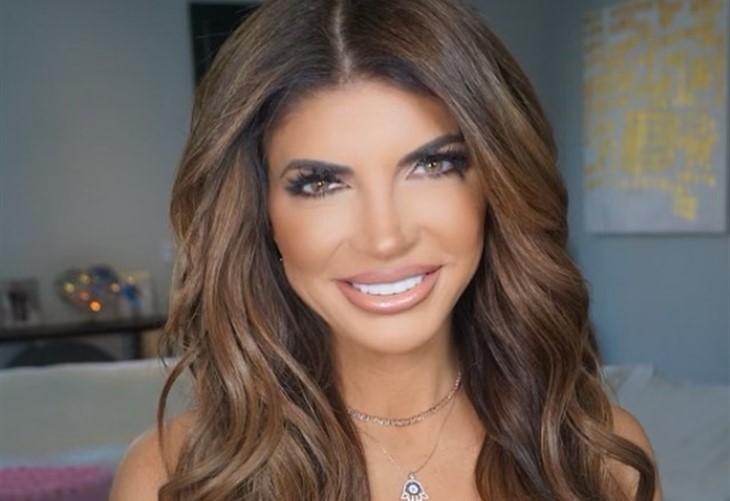 Real Housewives of New  Jersey, (RHONJ) star Teresa Giudice invited New York star Ramona Singer to her wedding. However, after she leaked all the deets on Instagram, perhaps Luis Ruelas and his fiance might change their minds about her attending. However, when Bravo fans reacted, some of them suggested that Teresa put her up to it.

Plenty of Bravo fans couldn’t wait to find out who Teresa would invite, and who she’d leave off her list. Early on, they discovered that her ex, Joe might attend. In fact, he said that he would go along, and even offered for them to tie the knot in the Bahamas. Additionally, Teresa said that he would get an invite for sure if she and Luis marry in Italy.

Thanks to Ramona, RHONJ fans now know that the New York star received an invite as she shared it on social media. However, she since deleted the post. Whilst a lot of fans don’t think that Teresa is marrying the right guy, that doesn’t mean they aren’t interested in the venue and other details. So, the leak generated a lot of comments on social media.

When @bravohouswives shared the news on Instagram, quite a lot of fans immediately thought that it was just a publicity stunt. One of them said, “I’m sure Teresa had Ramona do it,” and others concurred.

Meanwhile, another follower opined, “Publicity stunt I’m sure… Teresa written all over it.”

That was followed by another person suggesting the leak came, “Accidentally on purpose?”

While a lot of RHONJ fans are not at all surprised that Ramona leaked the details, some of them claimed that they don’t care as they grow tired of Teresa. Meanwhile, more of them felt that the whole stunt could just be the fact that they think Joe’s ex really wants a special on Bravo.

When The Sun saw the post about the RHONJ star’s wedding, the outlet shared some photos that give the details. Well, it looks like Joe definitely won’t make it. Recall, that he was deported from the USA. The wedding takes place at the“Park Chateau Estate in East Brunswick, New Jersey.”

Other details showed that it all goes down on August 8 and attendees will dress formally. Although the RSVP website was taken down, the outlet also managed to glean the info about those invited.

Real Housewives Of New  Jersey – And Cohen And Other Stars Invited

According to the report, Andy Cohen will be there. Other Real Housewives of New Jersey cast include everyone that fans see on the show. Danielle Cabral also made the list. if you don’t know she’s a “rumored newbie.” Kyle Richards, Cynthia Bailey, and Luann de Lesseps also got an invite.