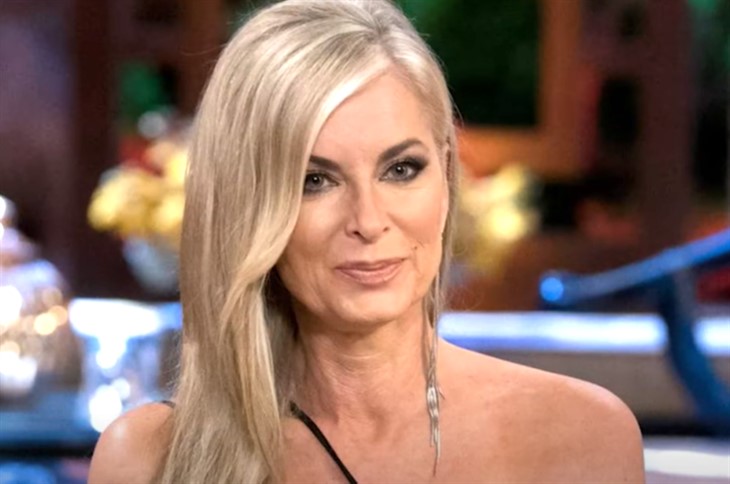 Days Of Our Lives spoilers and updates reveals beyond Salem chapter just got better! Additional casting for the upcoming spin-off Peacock TV series was released today. Several big-name stars are attached which include Peter Reckell (Bo), Deidre Hall (Marlena), Kristian Alfonso (Hope) and so much. It is also reported that Eileen Davidson (Ashley Abbott, The Young and the Restless) will be reprising the role of Kristen DiMera for the five episodic arcs on Peacock which premieres in July.

Davidson will not be alone this time, she’s taking some of her real-life to the reel-life as her husband, Vincent Van Patten will be on the series playing the role of Phil Hellworth. He has appeared alongside her during her run on The Real Housewives of Beverly Hills.

The official logline for the series was shared months ago when the press release went it. It stated, “In an epic, action-packed tale that spans the entire globe, from Monte Carlo to Hong Kong, beloved characters from Days of our Lives once again go Beyond Salem! as they trade the comforts of home for an adventure of a lifetime! Supercouple Steve and Kayla make a surprise visit to their children in Seattle, while private eye John Black travels to San Francisco to see his son, Paul.

Meanwhile, new parents Ben and Ciara drop anchor in Montreal – where they are greeted by a much-missed Hope! Over the course of five thrilling episodes, heartwarming family reunions take a dangerous turn as a mysterious adversary wreaks havoc on their lives.”

DOOL Spoilers – Eileen Davidson And Her Husband Have Collaborated Before

This is not the first time that Eileen and her husband have collaborated on a project but we are indeed over the moon about this one as their collaborative effort will be displayed in soap opera format. Davidson has been known to the genre for approximately four decades and she will celebrate her 40th anniversary with Beth Maitland (Traci Abbott, Y&R) this month. A celebration for the two stars was done behind the scenes not so long ago. So, fans, are you as intrigued as we are about this casting news?

Are you anticipating next month and the premiere of Beyond Salem chapter two?