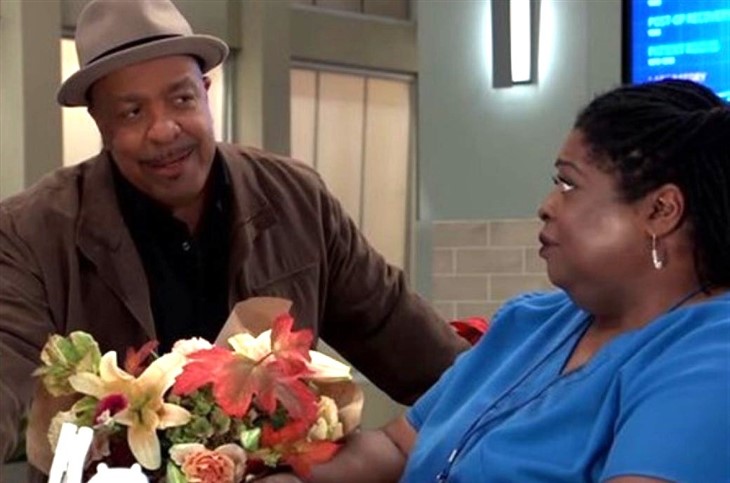 General Hospital spoilers tease that after a harrowing experience in New York City, Marshall Ashford (Roger Gossett) is coming back to Port Charles with his family. TJ Ashford (Tajh Bellow) and Molly Lansing-Davis (Haley Pullos) didn’t want to just let Marshall go after Marshall and Curtis Ashford (Donnell Turner) couldn’t reach an understanding about Marshall’s past. Although they found Marshall, he and Marshall were mugged shortly after, leaving Marshall in the hospital. Curtis arrived not much later and he and Marshall finally reconciled.

Meanwhile, Epiphany Jones (Sonja Eddy) took Marshall’s advice to heart and began studying for her MCATs. Marshall convinced a skeptical Epiphany that she should pursue her dreams of becoming a doctor after years of being at the top in her field of nursing. This was a big decision for Epiphany and she has Marshall to thank for encouraging her. The two became pretty close before Marshall decided to leave.

Marshall disappeared decades ago, letting his sons believe he was dead. When he returned, Curtis didn’t make it easy for him. He wanted to know exactly why Marshall had let him believe his father was dead all this time. Marshall seems to have been diagnosed with some sort of mental illness, but that’s all Curtis and the rest of the family know at this point. But it seems that Marshall is about to come clear, and hopefully, the family can begin to heal.

There were definitely sparks between Marshall and Epiphany. And now that Marshall is returning home, perhaps he can begin a romance in earnest with Epiphany once he comes clean with his family. Perhaps these two will have quite a bit to celebrate, especially once Epiphany passes her entrance exams into medical school. Perhaps there will be a reason to celebrate all around!

Will Marshall finally tell his family why he was gone for so long? Can this family begin to put the pieces back together? And is romance on the horizon for Epiphany and Marshall? Anything can happen in Port Charles so stay tuned to General Hospital airing weekdays on ABC. And don’t forget to check back right here regularly for all your General Hospital news, information, and spoilers!