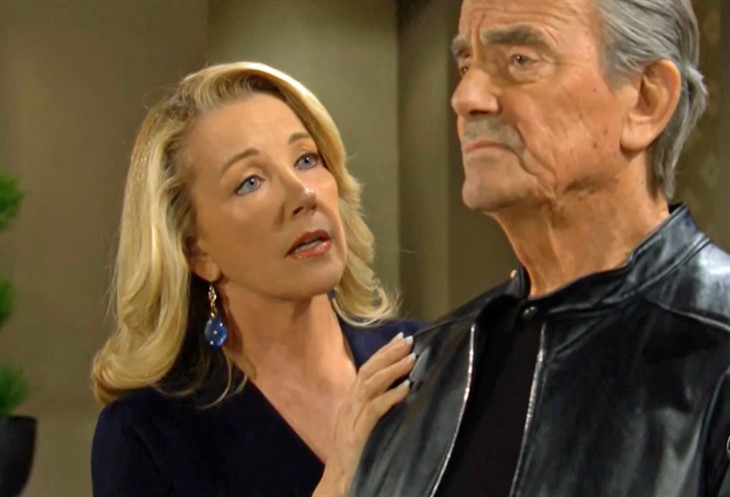 The Young and the Restless spoilers document that Victor Newman (Eric Braeden) will be forced to make a decision. His preferred head of Newman Enterprises, Victoria Newman (Amelia Heinle), is teased to quit her job.

Of course, Victoria’s official title is the co-Chief Executive Officer of Newman Enterprises. She recently opted to have her mother, Nikki Newman (Melody Thomas Scott), become a co-CEO.

So, Victor could opt to have his wife lead the company. However, Adam Newman (Mark Grossman) eagerly waits in the wings.

Baseball fans know that a bullpen refers to pitchers who generally do not start games. These pitchers sit separate from the team, serving as a backup plan or insurance policy if a starting pitcher tires before the end of a game, the opposing team is applying too much pressure, or the starter is injured during the game.

Generally, a starting pitcher does not quit his job while the game is proceeding as Victoria does. So, Adam considers himself a solid arm who deserves his shot because the star pitcher, his oldest sister, has ego problems.

One of the reasons why Victoria does not get along with Adam is that she knows her track record. She has been in and out of Newman on many occasions.

Adam loves power. He knows that his sister, like him, is flighty when it comes to Victor. So, he waits for her to be on the outs with the Moustache so that he can take advantage of whatever opportunity exists.

Victoria’s latest exit comes at an inopportune time, as she is not simply a top executive as she has been in the past. She made an ultimatum to her father in the recent past, demanding the top job or else. Victor was happy to give it to her.

The Young And The Restless Spoilers – Victor Newman Wants Production

If Adam is willing to take control and Victoria has flown the coup, why not allow Grossman’s character to be CEO or a co-CEO?

Nikki would have to agree to power-share with Adam, assuming Victor wants that arrangement. Nikki will support her husband in thinking that Victoria is wrong to leave Newman because of the restraining order Victor engineered regarding Ashland Locke (Robert Newman).

Victoria appears to value Ashland over the company and her father’s respect. Victor wants production and family loyalty.

Adam seems to be in the cat bird’s seat. But will Victor allow his enigmatic son to assume that high-level authority on Y&R?