B&B Spoilers: Is Li As Crazy As Sheila? 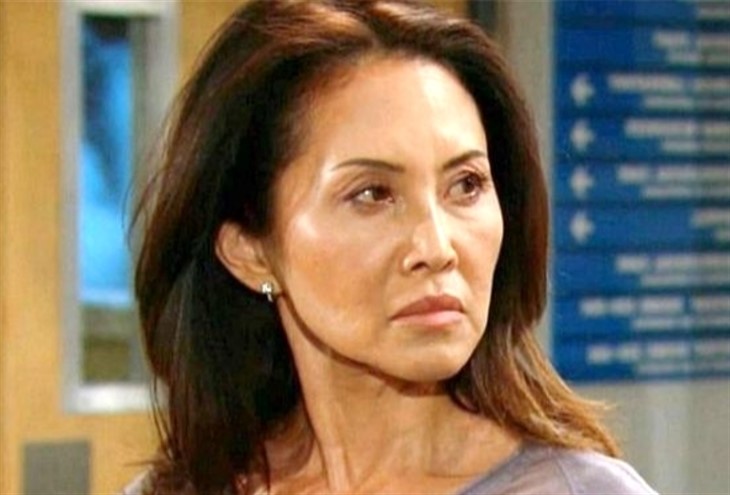 The Bold and the Beautiful spoilers reveal Sheila Carter may have some competition in the crazy department, which is something we never thought we’d see happen on soaps.

For decades, Sheila (Kimberlin Brown) has reigned supreme over CBS soaps as one of the nuttiest characters out there. Since she was first introduced to The Young and the Restless in the early 1990s, Sheila has done some dangerous, evil, and outrageous things. She started by seducing Lauren Fenmore’s (Tracey E. Bregman) husband, then stealing her baby, and then letting her own mother die in a fire she supposedly perished in as well.

Her litany of crimes once she made it to B&B and Los Angeles is long enough to take up an entire book. From stealing more babies to seductions to kidnappings to shootings and even a mask that made her look like Phyllis Summers (Michelle Stafford), Sheila has done it all. However, shooting her own son — even if by accident — and leaving him to die (on purpose) has to be the worst thing. Except he isn’t dead and his other mother is the only one who knows this.

In the scenes where John ‘Finn’ Finnegan (Tanner Novlan) was revealed to be alive and hooked up to machines in a hotel room, Li Finnegan (Naomi Matsuda) looked like she was a bit insane herself. No, she wasn’t going to let anyone take care of HER son except for HER.

She couldn’t believe that Finn got himself mixed up with the Forresters, who she seems to have an intense disdain for. Yes, she did say she wants Finn to get better and reunite with Steffy Forrester and Hayes, but the way she talks about Steffy (Jacqueline MacInnes Wood) and even looks at Steffy reveals something dark.

Does Steffy now have another monster-in-law to watch out for? Is Jack Finnegan (Ted King) just attracted to women who are a bit off-center? If Li and Sheila are both women who would kill for what they think is theirs, can you imagine the showdown between these two hovering mothers (of the same son, no less) once Sheila learns that Li knew Finn was alive the whole time and never said a word? Stay tuned to The Bold and the Beautiful weekdays to see how this story plays out.