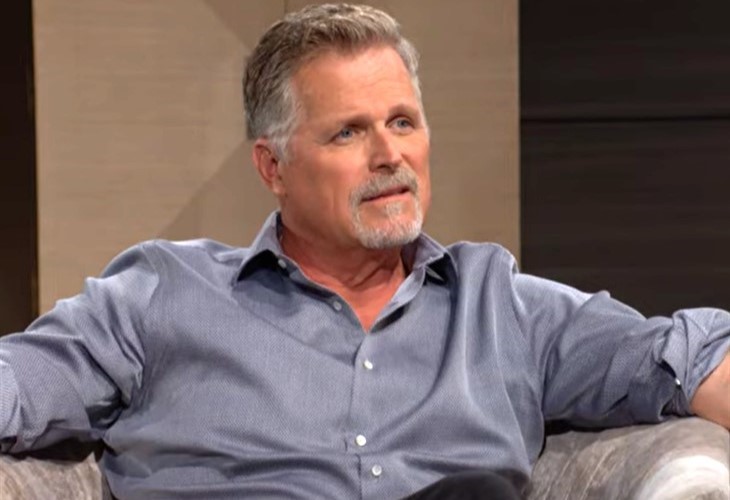 The Young and The Restless spoilers and updates tease that Ashland Locke (Robert Newman) will win at the game of love after all in upcoming episodes of Y & R! Victoria Newman (Amelia Heinle) wants him back!

Previous Y & R spoilers revealed that Victor Newman (Eric Braeden) put a restraining order out on Locke to keep him away from Harrison Locke (Kellen Enriquez). Locke was blindsided when he was descended upon with a restraining order in the park where he was looking for Harrison, complete with Michael Baldwin (Christian LeBlanc)! Victor was convinced that taking away Locke’s ability to have anything to do with Harrison would leave him nothing in Genoa City, he’d just leave town, and never come back!

However, Victor didn’t expect someone to come out of left field and do a total one-eighty about Locke. That person is none other than Victoria, who decides she wants her deceitful husband back and that’s not all!

Victoria tears into Victor over the restraining order, which shocks Nikki Newman, (Melody Thomas Scott) Nick Newman (Joshua Morrow) and Adam Newman, (Mark Grossman) all of who are watching! Victoria then further shocks her parents and brothers by announcing that she’s reconciling with the “Locke Ness Monster” and they likely think she’s lost her mind! Victoria was motivated to give him another chance when he apologized to her for his deceptions and she knows there is only one way for a future together. Victoria tells her family that she is taking steps to make sure her family doesn’t interfere in her life again, and they won’t want to hear what she says.

The first thing Victoria tells the Newmans is that she is cutting ties with them – all of them and obviously they don’t understand. Victor implores his daughter to come to her senses, but she has made up her mind – and her heart; she is choosing her husband over her family. Moreover, she is ensuring that there will be no turning back for her and no changing her mind, she is tired of her family controlling her and her life!

Victoria makes it crystal clear that she no longer wants to be associated with the Newman family as a whole and Victor in particular! Nikki is devastated, Victor is angry, Nick is confused, but Adam is secretly pleased!

Victoria also steps down from her position as CEO of Newman Enterprises, which of course plays right into Adam’s plan to totally take control! The dynamics of the Newman family are taking a dramatic turn, and from now on things will be radically different! As for the future, and her career plans she considers none of it any of their business and she will not be answering questions no matter how worried they are. Victoria is making a total break from her family and her former life, and forging ahead with Ashland, which could be a little difficult considering neither has a job!