Why General Hospital Fans Are At War With Willow 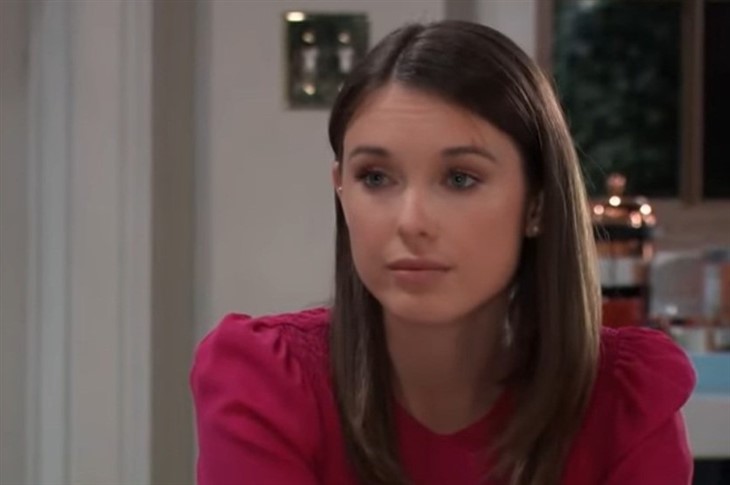 General Hospital spoilers reveal Willow one day learning that Nina is her mother, but will fans even care after the way Willow has been acting?

Sometimes it feels like Willow Tait (Katelyn MacMullen) wants to be just like Carly Corinthos (Laura Wright) and since Carly is very open in her actions, she is not hard to challenge. If Carly hates Nina Reeves (Cynthia Watros), then Willow needs to hate Nina even more. Now, Willow and Nina have never gotten along but even Willow wanted to help Nina before Carly and Michael Corinthos (Chad Duell) changed her mind. Whatever the Carly and her son say, Willow now has to do. And she seems to be embracing it.

Gone is that young woman who just wanted to start a new life after being in a cult. A new and simple life, that is. Instead, she is as shrill and demanding as Carly, seeing nothing wrong with her actions even when she married a man on his death bed and realized that man was going to live. If Harrison Chase (Josh Swickard) had only died, Willow would have been happy.

GH fans realize that Willow has changed a lot since she was first introduced to the show in 2018 and they do not like what they see at all.

“#GH trying to make Willow out to be tough getting in Nina’s face, but after months of her barely being able to do anything without checking in with Michael… it doesn’t work. They really ruined her character,” tweeted one fan.

When Willow and Michael got into the nature vs nurture debate regarding Nelle Benson and Nina, one fan pointed out what nobody is thinking of Wiley here. In fact, Willow might have implied that Wiley will be a terrible person, since Nelle was and she sure believes that Nina is.

“Willow thinks people are born bad. So when do we expect little Wiley to start slashing people’s throats and trying to drive them insane?” another fan tweeted.

Yet another fan can’t wait for Willow to get her comeuppance with the way she has acted towards Nina and everyone else who seems to interfere with her perfect little life on the Quartermaine grounds playing house with Michael and Wiley, and wanting for nothing. She was even converted from a Carly lover to a Nina lover.

“I was so Team Carly until this Nina custody battle. Carly, Michael and Willow all acting holier than thou like they have no skeletons in their own closets. I’m Team Nina now. That was just wrong. Would love to see this come back and bite them on the asses.”

Willow thinks people are born bad. So when do we expect little Wiley to start slashing peoples throats and trying to drive them insane? #GH

#GH trying to make Willow out to be tough getting in Nina’s face, but after months of her barely being able to do anything without checking in with Michael… it doesn’t work. They really ruined her character. #GeneralHospital pic.twitter.com/iXbit5fIRB