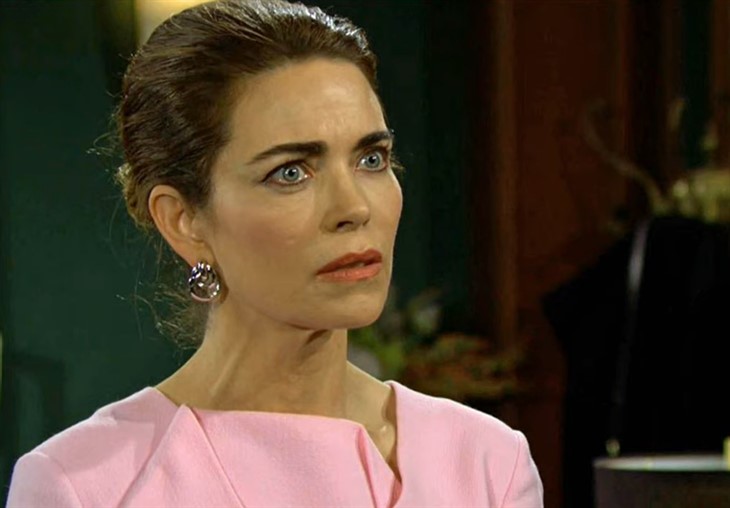 The Young and the Restless spoilers reveal that Victor Newman (Eric Braeden) will be blindsided and perhaps even betrayed by one of his own. Victoria Newman (Amelia Heinle) responds to the restraining order scheme by quitting Newman Enterprises. With Victoria defending Ashland Locke (Robert Newman), what will Victor do now?

The Young And The Restless Spoilers – Eliminating Ashland Locke

Y&R spoilers reveal that Victor has tried eliminating Ashland for a long time. After the truth came out about Ashland manipulating Victoria in love and business, Victor stepped up his game. However, there seem to be obstacles or blockages each time Victor thinks he’s come up with a sure-fire idea to get rid of Ashland.

Victor’s latest plan had him recruiting Summer Newman-Abbott (Allison Lanier). Then, Victor told Summer and Kyle Abbott (Michael Mealor) that Michael Baldwin (Christian LeBlanc) was drawing up the restraining order paperwork. That paperwork will be delivered to Ashland on Friday, June 3.

Victor and Nikki will be able to confirm this when Victoria makes a declaration. It is teased that Victoria will quit as co-CEO of Newman Enterprises after learning about Victor’s cruel restraining order move.

The Young And The Restless Spoilers – Victor Newman Blindsided And Betrayed

The Young and the Restless spoilers reveal that won’t be Victoria’s only decision. Victoria threatens to disown her family if they don’t get out of her personal business. Nikki and Nick Newman (Joshua Morrow) try to reason with Victoria.

However, Victor must not take Victoria’s threat seriously. It is confirmed that Victoria cuts ties with her family during the week of June 6.

This will throw Victor and Nikki for a loop. It not only threatens the family dynamic but also affects business. Victor will need to find someone to replace Victoria as co-CEO if he can’t convince her to come back.

Of course, Adam Newman (Mark Grossman) will pounce on the opportunity to take over. However, Victor might have other ideas. This will only test Adam’s loyalty and patience even more. It sounds like the Newman family might become more divided than ever.

What are your theories on what Victoria will do next? Do you believe Victoria is making a huge mistake with Ashland? How will Victor and the rest of the Newman family deal with this huge turn of events? Share your thoughts and remember to keep watching the CBS soap to see what happens next.