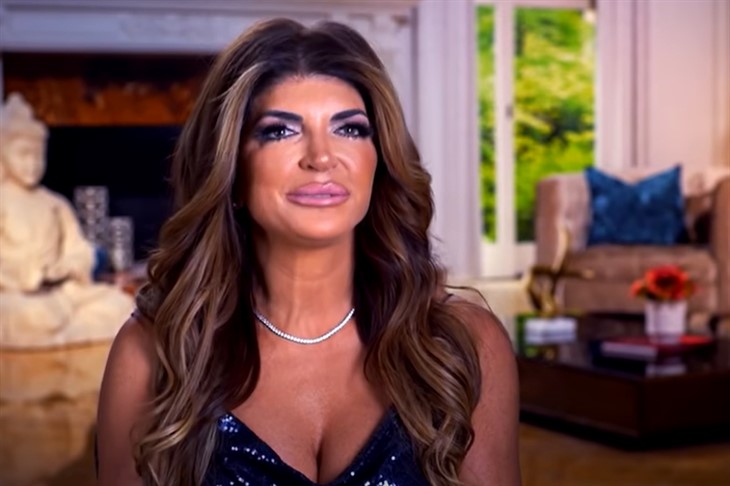 Real Housewives of New Jersey, (RHONJ) fans waited in vain for details about Teresa Giudice’s wedding. However, Ramona Singer leaked it all when she received her wedding invitation. Bravo fans discussed it at length on social media and anticipated a huge meltdown. However, it doesn’t seem to have gone down that way.

When fans heard that Ramona leaked the details on Instagram last week, a lot of them suspected that she’d be uninvited pretty quickly. Despite the secrecy, they now know that all of the cast from Real Housewives Of New Jersey were invited. Additionally, some of them from Ultimate Girl’s Trip will be there. Others like Kyle Richards, Cynthia Bailey, and Luann de Lesseps were also invited

(RHONJ) fans now know the wedding venue is at Park Chateau Estate in East Brunswick, New Jersey.” Actually, it all goes down on August 6, and when fans discovered the website for RSVPs, they quickly sent in their own. So, the page was taken down. Some fans thought that perhaps Teresa gave Ramona the go-ahead to leak the deets. But, it sounds like that didn’t happen.

Real Housewives Of New Jersey – How Did The RHONJ Star React To The Leak?

InTouch Weekly caught up with Teresa on the red carpet event for the MTV Movie and TV Awards. The outlet pointed out that it was an “unscripted interview.” Well, her reaction seemed mild for Teresa, who told them that she simply asked Ramona to “take it down.” Hmmm, Bravo fans might suspect she used a few other pointed words as well.

Most RHONJ fans probably can’t imagine table-tossing Teresa to call up Ramona and say, “Hey what’s up? Please will you take down the wedding details that you leaked on Instagram?” Actually, knowing the show, the leak will probably come up numerous times in future seasons with much accompanying drama.

INTouch also wrote about Ramona’s response when RHONJ star Teresa called her up. According to Teresa Giudice, Ramona was very excited. She said, ‘Yeah, I’m sorry. I was so excited. … I get invited to a lot of weddings.” Well, as Ramona goes to a lot of weddings, Bravo fans might find it hard to swallow that Teresa’s made her so excited that she couldn’t resist sharing all the details with the world. But, at least she had the grace to apologize.

Melissa Gorga told the outlet that she thought the leak was a bit “crazy,” but Luis Ruelas seemed unfazed and simply talked about how the planning is going along just fine.