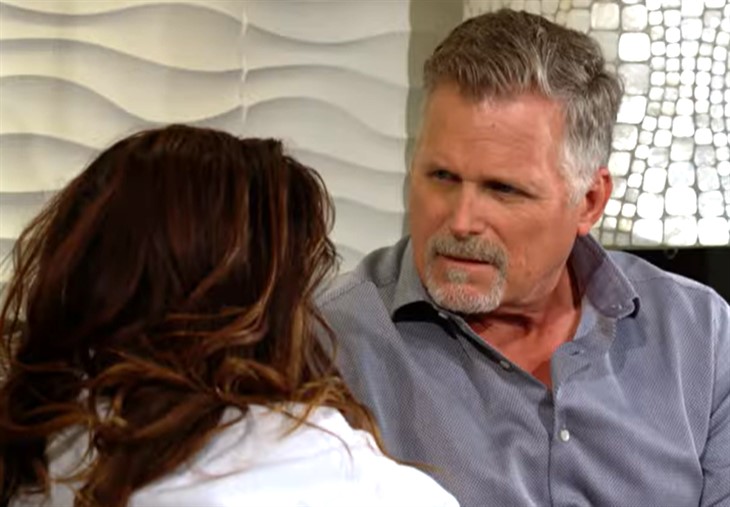 The Young and the Restless (Y&R) spoilers and updates tease Ashland Locke (Robert Newman) has been trying to pick up the pieces. Ashland has been married to Victoria Newman (Amelia Heinle). Ashland lost Victoria because he lied to her about having cancer. Ashland has been trying to stay in his son Harrison Locke’s (Kellen Enriquez) life. Ashland may find that he could get Victoria back but may have to fight to hold onto his relationship with Harrison.

Ashland has wanted to get Victoria to forgive him for lying to her. Ashland believed that he would help Victoria when he took a deal that Victoria’s father Victor Newman (Eric Braeden) and her brother Adam Newman (Mark Grossman) offered him. Ashland agreed to leave Newman Enterprises and annul his marriage to Victoria. Victor expected Ashland to leave Genoa City after he took the offer. Ashland decided that he wanted to stay in Genoa City because he hoped to reconcile with Victoria.

Ashland had been happy that Kyle Abbott (Michael Mealor) and his wife Summer Newman Abbott (Allison Lanier) have decided to move back to Genoa City. Ashland believed that he would be able to spend time with Harrison but Kyle and Summer have decided to get a restraining order to keep Ashland away from Harrison. Victor encouraged Kyle and Summer to get to restraining order against Ashland. Victor believed that Ashland would leave Genoa City if he lost Victoria and Harrison.

The Young and the Restless Spoilers: Jack Now Has Doubts About Phyllis After Hearing The Truth #yr #youngandrestless

The Young and the Restless Ashland has wanted to find a way to put his past behind him. Ashland wants to prove to Victoria that she can trust him. Can Ashland find a way to show Victoria that he has changed? Ashland loves Victoria and will want to be able to have her back in his life. Will Ashland be able to get his relationship with Victoria back on track?

Ashland does not want to lose Harrison. Ashland knows that he is going to have to try to convince Kyle and Summer that he has Harrison’s best interest at heart. Can Ashland find a way to get Kyle and Summer to believe that he is good part of Harrison’s life? Be sure to catch up on everything happening with Y&R right now. Come back here often for The Young and the Restless spoilers, news, and updates.