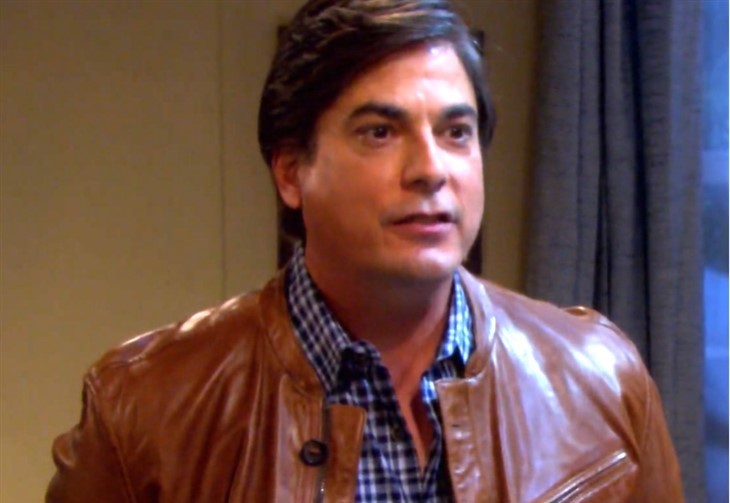 Days of Our Lives spoilers and rumors tease that Lucas Horton (Bryan Datillo) will have a horrible hangover in an upcoming DOOL episode! He won’t remember what happened – has he been drugged?

Days Of Our Lives Spoilers – Could Lucas Horton Be On Leo Stark’s Hit List?

Recent DOOL episodes revealed that Leo Stark (Greg Rikaart) has a hit list of those who he feels have wronged him and has already started getting revenge. Chad DiMera (Billy Flynn) was the first on his list, and Sonny Kiriakis (Zach Tinker) had been next; and Leo drugged Sonny with some cookies! Could Lucas be on Leo’s hit list for revenge for some reason-drugging seems to be going around these days in Salem, but what did Lucas ever do to Leo?

Perhaps someone wants to frame Leo for drugging Lucas – in that case you’d have to start looking through Leo’s enemies! But it would all depend on whether the same drug was used on Lucas as was used on Sonny before Leo could be a suspect!

DOOL Spoilers – Who Else May Have Wanted To Drug Lucas Horton?

Who else may have wanted to drug Lucas and maybe influence him to do something he won’t remember, that he didn’t want to do? Clyde Weston (James Read) claims to be on the straight and narrow, but he did try to recruit Lucas to take down EJ DiMera (Dan Feurreriegel)! EJ and Lucas had gotten into a brawl in the middle of Horton Town Square, and Clyde saw it and was very impressed! Clyde thought Lucas would be the perfect person to take down EJ, and keep EJ from exposing his past complicity in his “death”! Clyde used to be a drug dealer and actually a drug lord, if they call them that in rural Missouri, so he would know how to get a drug!

EJ may seem like he’s moving on with Belle Brady (Martha Madison) so the feud with Lucas over Sami Brady (Allison Sweeney) may be over, but Lucas put him behind bars! EJ wouldn’t have to worry about threats from Clyde if he hadn’t been in prison with him, because he may not have remembered Clyde had him shot! Clyde had threatened EJ not to tell what he knew when he came up for parole, and after parole he had Orpheus (George Del Hoyo) keep him under control!

So, EJ would have plenty of reasons to drug Lucas, possibly to frame him for a crime or expose him even if they’re no longer feuding over Sami! Viewers will recall that Lucas kidnapped Sami himself to play hero, and framed EJ for doing it, sending him to prison!

DOOL Spoilers – Someone Targets Abigail DiMera, Could Lucas Horton Be A Convenient Patsy?

Someone targets Abigail DiMera, (Marci Miller) for death; Leo targets her for revenge, and is in the wrong place at the wrong time if he’s not her murderer! He’ll be suspected as will Gwen Rizchech (Emily O’Brien), but she’ll be in prison at the time; could Lucas be a convenient patsy for the real murderer? Abigail’s latest investigative story will bring a killer out of the woodwork to target her, and the killer may see Lucas’ violent attack of EJ in Horton Town Square! If Lucas doesn’t remember events from the night before, he could be framed for Abigail’s murder by the real killer-and he’d be devastated thinking he may have killed his cousin! Lucas does have a terrible temper when provoked, as seen by how he laid into EJ!