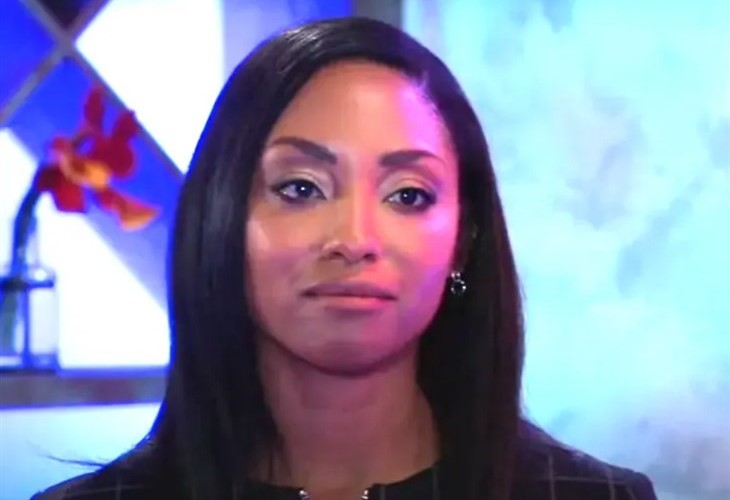 General Hospital Spoilers – Cyrus Renault Had Warned Of A Threat

The last time Jordan talked to Martin about Cyrus, she rushed him and Laura out of town into a safe house where she thought Cyrus couldn’t find them. They had a very close call when a cleaning lady nearly stabbed them and it was then and there Laura made the decision for her and Martin to leave! Cyrus had been accused of setting hit men after them but claimed he didn’t do it and had gotten religion and warned of a threat against them that wasn’t him.

Laura later went to the prison, a federal prison in the Midwest and she listened to his spiel but laughed in his face! However, it turned out that the cleaning lady would-be assassin had been sent by Victor Cassadine (Charles Shaughnessy)!

This time, however, Jordan has different news about Cyrus; against all odds, and because of prison overcrowding he’s gotten early release; the stipulation being he has to be released near family. The prison officials and the judicial authorities who are over the situation overruled Jordan, and she has no choice but to accept him back in Port Charles! Jordan tells Martin since Laura is dealing with helping Elizabeth Baldwin (Rebecca Herbst) with her issues in Shadybrook; Martin will tell Laura; she’s got enough on her plate. Martin knows that he and Laura will need to watch their backs nonetheless, as neither trusts their brother – and neither does Jordan! The last thing any of them need is a likely unrepentant, unredeemable criminal Cyrus back in Port Charles to stir up trouble and bring more drugs!

When Cyrus is transported to Port Charles once more and is settled, he still claims he’s changed but trouble seems to follow, with reports of new mob wannabes in town. Selina Wu (Lydia Look) reacts when Brad Cooper (Parry Shen) tells her there’s a new player at the poker game, while Laura and Martin find themselves targeted again! Sasha Gilmore Corbin (Sofia Mattsson) is shook up by an unexpected delivery a week before Jordan hears the news about Cyrus and tells Martin!

Brando Corbin (Johnny Wactor) is already worried about his wife’s well-being, and Cyrus’ return to town won’t help any! Previous GH episodes revealed Sasha had a heart attack and nearly died from a drug he was trying to market through the hospital!

Cyrus has been warning of his old west coast territory being taken over and that the usurpers are moving east, towards Port Charles – this does confirm previous intel. That’s one thing he had tried to warn Laura about when she came to visit him while he was still in the Midwestern federal prison. He had also warned her that her life was in danger, apparently knowing something about Victor Cassadine’s plans to take her down although he didn’t have to. Now that he’s back he tries to assume the position of a protective older brother to Laura and Martin, although they don’t buy it!