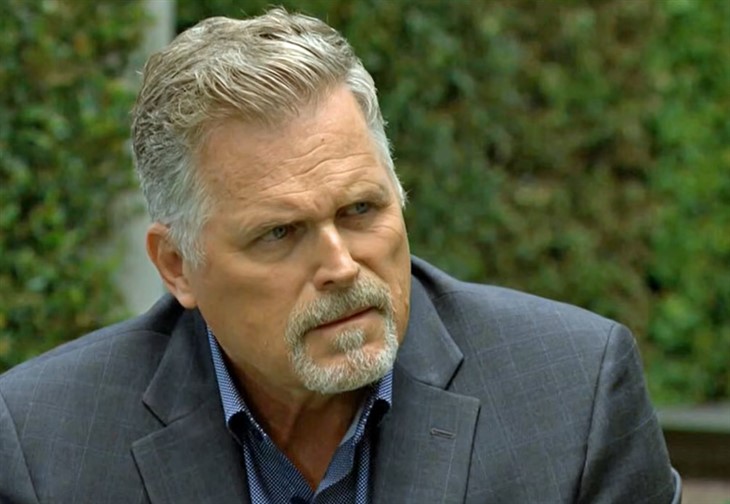 The Young and the Restless spoilers document that Ashland Locke (Robert Newman) has been feeling forlorn but, to his credit, has not given up. Ashland has also not caved after being shunned by Genoa City, Wisconsin’s elite.

The infamous Lockeness Monster is teased to be forgiven by the love of his life. Victoria Newman (Amelia Heinle) will be appalled by her father’s callous use of Harrison Locke (Kellen Enriquez) as a tool. But Victor Newman’s (Eric Braeden) efforts did not yield the poison fruit he hoped, as Ashland refused to leave town.

Ashland is sorry that he was caught. That is the sarcastic analysis Victor and his like-thinking minions apply. However, Ashland’s love for Victoria is not something that anyone, except the lady in question and, to a degree, her mother, considers the full story.

Nikki Newman (Melody Thomas Scott) discussed Victoria’s remnant feelings recently. The Newman ladies openly referenced Victoria’s ongoing connection to Ashland, with Nikki adding that her daughter does not need to overlook the impact of what happened.

Ashland humbled himself when asking Victor a critical question. Why is he unable to receive forgiveness when the Moustache and others have? Victor responded by proclaiming that Ashland was not sorry for his actions while also becoming physically exercised.

It is rather revealing that Victor’s failed attempt to force Ashland out of GC forces Victoria to compare her father’s actions with her annulled husband’s. Incredibly, Ashland comes across as Victor’s victim.

What Victor did not calculate in his brashness is Victoria’s reaction. She detests her father for treating her like a teenage girl whose high school love interest is a bad influence.

While Harrison is moving toward his fifth birthday, Kyle remains a new father. Viewers recall Kyle was not aware he had a son until Tara Locke (Elizabeth Leiner) acknowledged the truth. She, not Ashland, wronged Kyle and Harrison.

Summer Newman Abbott (Allison Lanier) does not consider Ashland a good influence in Harrison’s life. But Diane Jenkins (Susan Walters) sees the issue differently, empathizing with how Ashland is viewed.

The Young and the Restless Spoilers: Is Victoria Making A Mistake Going Back To Ashland? #yr #youngandrestless

If Summer eventually adjusts her stance, even slightly, Kyle’s position can shift. In the meantime, Diane is not Ashland’s champion. But likely will not be bad-mouthing him.