Y&R Spoilers: Diane Pairs With Jack, Ashland, Or No One? 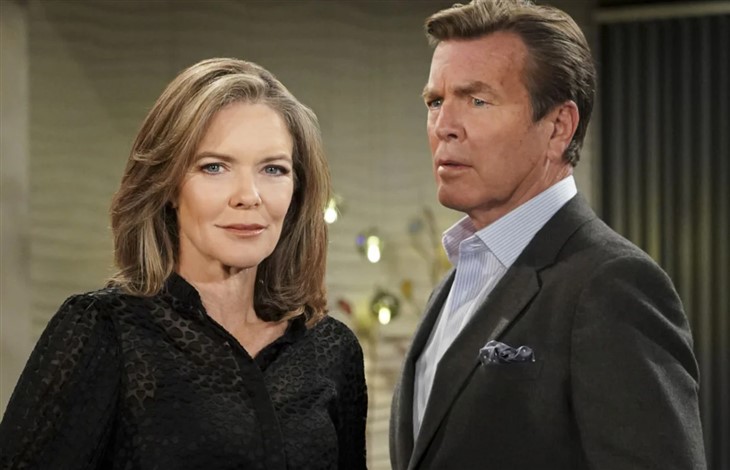 The Young and the Restless (Y&R) spoilers document that Diane Jenkins (Susan Walters) is clearly aiming to get Jack Abbott (Peter Bergman) back. She appears to have gained ground toward the goal by default, as Phyllis Summers (Michelle Stafford) sabotaged herself.

However, Diane’s friendship with Ashland Locke (Robert Newman) laid the groundwork for a later connection. His relationship with Victoria Newman (Amelia Heinle) has miraculously revived, due in most part, to Victor Newman’s (Eric Braeden) latest bit of family meddling.

Jack can not stand the sight of Diane, and does not want to be around her. But feelings change. That sentiment can also be applied to Victoria’s feelings about romantic loyalty.

The Young And The Restless Spoilers – Jack Abbott Rules Love Out

Jack told Traci Abbott (Beth Maitland) that he was bailing out of the love game. Traci encouraged her brother not to make decisions in haste.

Fans of a Jack-Phyllis reboot were disappointed that TPTB appear to be creating a purposeful break. They were at the point of finally being ready to explore another serious relationship when Phyllis allowed herself to go off the rails.

Jack strongly told Phyllis that he does not want to get hurt. That is the reason why he is preemptively pulling the plug on whatever this reviving couple could have become.

Victoria has forgiven Ashland and told him that she never stopped loving him. However, her terms of reconciliation have conditions.

One commonality this pairing shares is their penchant to negotiate their connection with business terms. That framework gives each person the semblance of security in what is life’s greatest gamble.

Like Jack, Victoria does not want to get hurt. Like Phyllis, Ashland has demonstrated that he is willing to take risks and admit mistakes.

Viewers have to wonder if Victoria will be keeping score with Ashland, and if he will be able to meet standards that might be unreasonable. Those standards would represent her defense mechanism.

The Young And The Restless Spoilers – Diane Jenkins Rides Momentum

Diane was determined to take her lumps when announcing that her murder was faked. Diane’s expectations were realized, as many people have treated her with disdain.

But Diane was able to persuade her son to give her a chance. Kyle Abbott’s (Michael Mealor) conditioned support is reasonable and represents a template that Jack may plausibly use.

Jack has no desire to reconcile with Diane. However, if he remains cutoff from Phyllis, Diane could appear more appealing as time passes.

If that does not happen, Ashland looks like her second option. Of course, that assumes that he and Victoria do not leave Genoa City, Wisconsin.