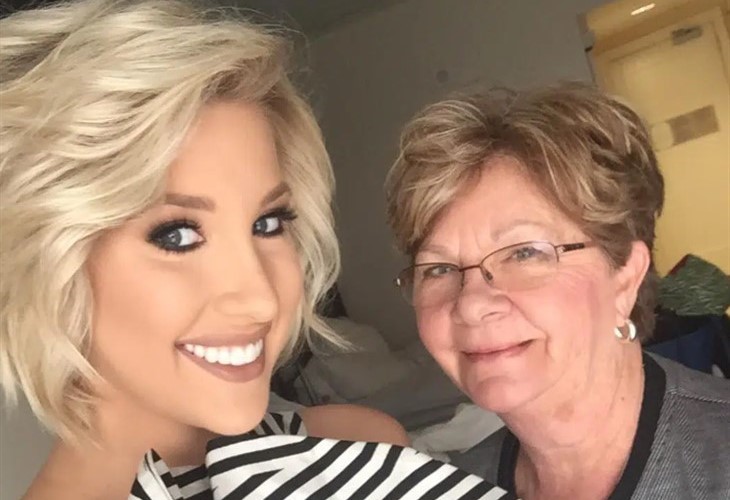 Chrisley Knows Best fans heard that Todd’s mom, Nanny Faye testified during his federal tax trial. However, she’s not the only mom who was involved in their various loans. An old report from 2014 resurfaced, and it turns out that Julie Chrisley’s mom, Pam Hughes helped them secure a loan of $10million.

Chrisley Knows Best – Stars Were On Top In Georgia Case

Todd Chrisley and his wife Julie have been dealing with tax problems for a long time now. Actually, some USA Network fans became confused because they faced two separate investigations. Although Todd found wriggle room in the Georgia case, they were found guilty in the federal case. For a while, he raged about exposing corruption in the  Georgia Department of Revenue. However, that didn’t help him prove his innocence this month on federal wire fraud and tax evasion.

2022 is not the only time that Chrisley Knows Best star Todd faced some questions from the public. At one stage, he was accused of sexual harassment by both men and women. That all went down years ago.  Back then, his kids would have still been very young. Additionally, he apparently had money, went bankrupt, and then came back to become a multi-millionaire. And the involvement of Julie’s mom emerged during the bankruptcy case.

Anyway, the outlet noted that the board of directors ended up being “sued” by “the FDIC…for “gross negligence” in approving loans — including one to the Chrisley family.”

Katie Joy of Without A Crystal Ball dug up the old story and shared it on Instagram. Chrisley Knows Best fans were reminded that “the bank lost over $70 million from their failure.” Additionally, they never paid back the full amount of $10 million. Katie ended by saying, “This rabbit hole is deep.”

Eight years ago, many Chrisley Knows Best fans were still at school. So, not all of them knew that detail about Todd’s bankruptcy. One of them commented, “Wow this is horrible! When is rich ever enough for some people. So sad.”

Another unhappy fan noted, “OMG !!! 😲 😮😮 I would love to know how these people sleep at nite.”

What they do know, is that around the middle of October this year, Todd and Julie Chrisley might very well face a long time in prison.

Be sure to catch up on everything happening with the USA Network cast right now. Come back here often for more Chrisley Knows Best spoilers, news, and updates.