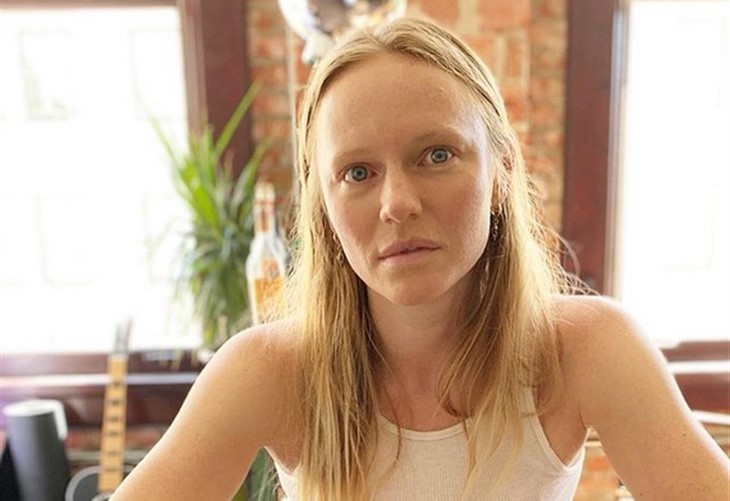 Marci Miller is currently wrapping up her run onscreen as Abigail Deveraux DiMera on Days of Our Lives. This week things will take a dramatic turn and her character will force the return of her parents; Jack (Matthew Ashford) and Jennifer (Cady McClain). While that is happening, fans can gear up to see Miller in a new film called Parallel Worlds: A Rock-n-Roll Love Story, set for release in 2023.

Days Of Our Lives Spoilers – About Her New Film

In this film, a rock band led by fiery ex-lovers Tabatha and Miles, is invited by a mysterious stranger to a recording studio for a mystery job. Their commission: To compose the soundtrack for a romance movie with a classic Hollywood happy ending. But something goes wrong. The band discovers that their music has somehow breached the boundary between reality and “make-believe land” and derailed the happy ending of the film.

Desperate to salvage their careers, the band begins the unthinkable task of attempting to change the outcome of a movie through the sheer power of their music. But there’s trouble in paradise. Tabatha has been secretly sabotaging the movie with mysterious motivations. And with that the battle is on. Tabatha and Miles square off – each trying to influence the movie’s hero, JB, and determine his fate.

DOOL Spoilers – The Film Is In Its Final Stages

The film has already been recorded, edited and is now undergoing its final stages of post-production services. It is expected to have a run time of 105 minutes when it is released next year. It was written, directed, produced and composed by Brandon Beckner.

Days Of Our Lives (DOOL) Spoilers: Paul Telfer’s Dad Could Be His Number One Fan https://t.co/hTaMg9kFkr pic.twitter.com/7XcnnFRubo

Miller will play Ella. Other cast members include; Ryan Hudson as Miles, Cassidy Joy Catanzaro as Tabitha, Shawn Reaves as JB, Jason Cottle as Klaus, Sharon Blynn as Georgia, Angelica Abrams and much more. Miller was recently announced to be a part of the cast of the new film, Gimme My Money.

This is set to be her last couple of episodes of Days of Our Lives as she wraps her run on the show. You can also look out to see if Miller will win her first Daytime Emmy Award at this year’s award event later this month.