General Hospital (GH) Spoilers: Why Can Britt Not Move On From Jason? 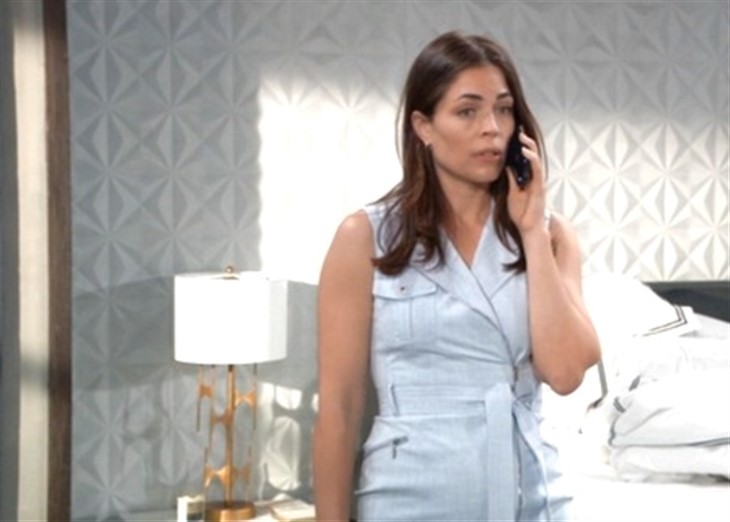 General Hospital’s Britt Westbourne (Kelly Thiebaud) had a very brief romance with Jason Morgan (ex-Steve Burton). Why can Britt not give over Jason and move on with someone new? Kelly recently spoke out on the subject. Here is what Kelly had to say about Britt and Jason’s connection.

Britt’s mother, Liesl Obrecht (Kathleen Gati), even signed her up for Society Setups to help hook Britt up with a new man. Unfortunately, Britt cannot seem to get over Jason even though their relationship was interrupted by his short marriage to Carly Corinthos (Laura Wright). Jason abandoned Britt to marry Carly, yet she is still hung up on him. Kelly explains that Britt’s feelings for Jason stem from him being there when she got her Huntington’s Disease diagnosis.

GH Spoilers  – Britt Westbourne’s Illness Is Holding Her Back

General Hospital’s Thiebaud explains that Jason offered Britt something she had never had. “I think with anyone, when you’re going through something so heavy and life-threatening, that whoever’s there by your side, it means so much to you to have them. “Especially for a character like Britt, who hasn’t really had that, even from family. She hasn’t really had someone be so genuine and so loving and protective and supportive of her,” replied Thiebaud. Britt doesn’t know how to fall in love with someone knowing she will die down the road. How can she ask someone to sign on for that?

General Hospital’s Cody Bell (Josh Kelly) has literally dropped out of the sky and into Britt’s orbit. Unfortunately, Cody didn’t mean to take Britt for a swim. No one was supposed to be close to the pool, however, after her drunken spree, Britt was in the wrong place at the wrong time. Britt thinks what she had with Jason was a once-in-a-lifetime thing. Perhaps Cody may convince Britt that she is wrong.

Britt and Cody may have gotten off to a rocky start, but Cody seems to be taken by her. Can Cody give Britt the love and excitement that has been missing since Jason was killed?