General Hospital Spoilers: Laura And Martin Are Driven To Solve A Personal Mystery 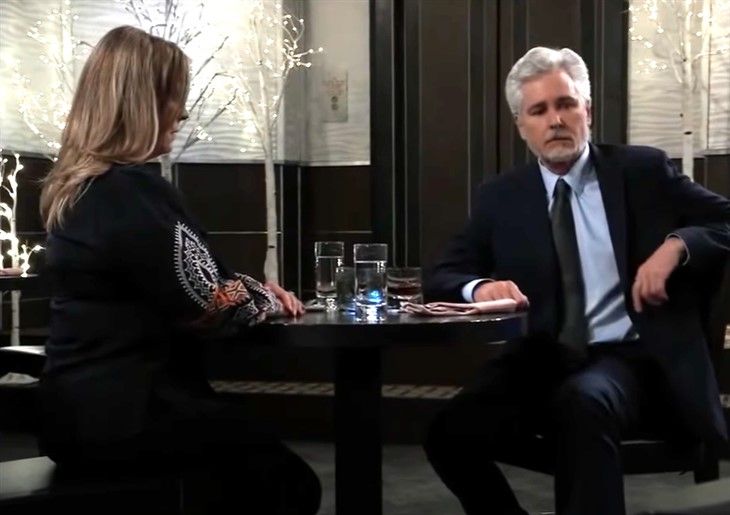 General Hospital (GH) spoilers and updates tease Martin Grey (Michael E. Knight) wants to get to the truth. Martin and his sister Mayor Laura Collins (Genie Francis) had been in a dangerous situation. Martin and Laura had to go into hiding because they were targeted by an unknown enemy. Martin and Laura were able to come back to Port Charles after a short time away. Martin wants to find the person that wanted to kill him and Laura.

Martin and Laura believed that the person who wanted to kill them was their brother Cyrus Renault (Jeff Kober). Martin and Cyrus had a complex and trouble past because of their father Gordon Grey (Eric Sever) and mother Florence Grey (Annie Abbott). Cyrus resented Martin because Florence preferred Martin over him. Cyrus turned his back on his family and went into a life of crime. Cyrus came to Port Charles to challenge Sonny Corinthos (Maurice Benard) for his mafia run territory.

Laura had been determined to prevent Cyrus from causing trouble in Port Charles. Laura helped to bring Cyrus to justice and he was sent to jail. Laura confronted Cyrus in jail to get him to confess to trying to kill her and Martin. Cyrus told Laura that he was not the one who wanted to kill her and Martin. Martin and Laura have believed that Cyrus was telling them a lie and that he was the one behind the attempt on their lives.

Laura knows that Cyrus is not the only person who may want to kill her and Martin. Laura has dealt with many dangerous people in her past. Laura has been investigating the death of her ex-husband Luke Spencer (Anthony Geary). Laura has believed that Victor Cassadine (Charles Shaughnessy) was the one who killed Luke. Laura has wanted to find a way to bring Victor to justice. Laura has been trying to find a link between Victor and Peter August (Wes Ramsey). Laura believes that Victor and Peter worked together to kidnap Drew Cain (Cameron Mathison). Laura has had different problems with Victor and his family in the past. Laura has not considered the possibility that Victor would want to kill her and Martin. Laura may find that she will get more information about Victor and his criminal activities in the future.

General Hospital Martin hopes to get more information on the attempt on his and Laura’s lives. Martin hopes that Commissioner Jordan Ashford (Tanisha Harper) can give him the information that he needs. Will Jordan provide Martin with evidence that could lead him to the truth? Martin will want to make sure that Laura knows about the information that he finds out from Jordan. Will Laura and Martin be able to discover that Victor is the one who wanted to kill them? Be sure to catch up on everything happening with GH right now. Come back here often for General Hospital spoilers, news, and updates.