The Young And The Restless Spoilers: Allie Out To Make Significant Changes In Her Life 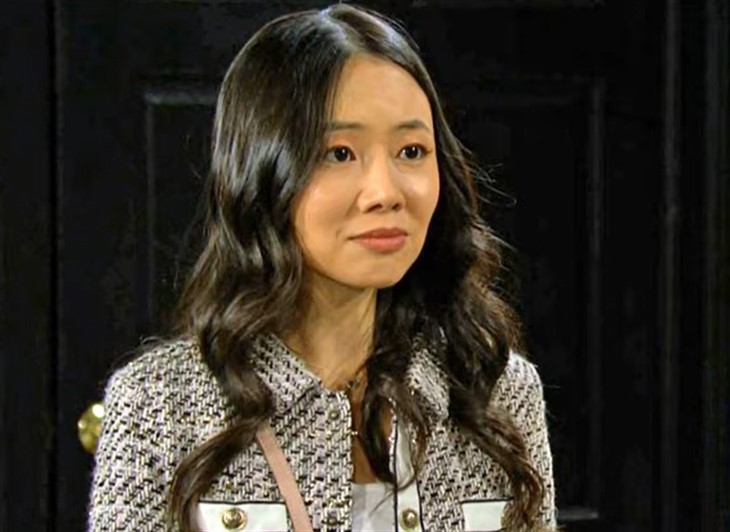 The Young and the Restless (Y&R) spoilers and updates tease Allie Nguyen (Kelsey Wang) has been making important connections. Allie came to Genoa City to get to know her grandfather Jack Abbott (Peter Bergman). Allie did not know about Jack because Jack and her father Keemo Abbott AKA Hao Nguyen II (Philip Moon) had been estranged for years. Allie has been able to meet many members of her family. Allie has been welcomed to Genoa City by many different people. Allie met Noah Newman (Rory Gibson) and has started to like to spend time with him.

Allie has been getting to know Noah. Allie met Noah at Crimson Lights when Abby Newman Chancellor (Melissa Ordway) introduced him to her. Allie had been reluctant to go to Mariah Copeland (Camryn Grimes) and Tessa Porter’s (Cait Fairbanks) wedding but Summer Newman Abbott (Allison Lanier) convinced her to attend the wedding. Summer was going to meet her husband Kyle Abbott (Michael Mealor) at the wedding.

Allie reconnected with Noah at the wedding and found that she wanted to get to know him better. Allie has been having different encounters with Noah. Allie has found out that she and Noah like the podcast that is done by the Grinning Soul. Allie does not know that the Grinning Soul is really Billy Abbott (Jason Thompson). Allie and Noah have had conversations about the podcast. Allie is interested in finding out more about Noah even though Noah views the world in a different way than she does.

Allie has been studying chemistry. Allie does not know what kind of career that she wants to have in relation to chemistry. Allie found out that Keemo and Ashley Abbott (Eileen Davidson) worked together at Jabot. Allie has felt close to Keemo because they both loved chemistry. Allie has been getting to know Ashley and has thought that she might want to work with Ashley at Jabot. Allie and Jack have been talking about Allie’s potential career prospects. Jack does not want to pressure Allie into working at Jabot but he hopes that Allie will decide that she wants to work with Ashley.

The Young and the Restless Allie has been trying to make many important decisions. Allie has started to want to stay in Genoa City. Allie has been happy getting to know her extended family. Allie has valued the time that she has spent with them. Will Allie decide that she wants to live in Genoa City permanently? Allie may decide that she wants to get a job at Jabot and work with Ashley. Will Allie find that she gets her dream job at Jabot? Allie may find that Noah is the right match for her. Will Allie find the love that she is looking for with Noah? Be sure to catch up on everything happening with Y&R right now.

Come back here often for The Young and the Restless spoilers, news, and updates.