Days Of Our Lives Spoilers: Why The Soap Murdered Abigail DiMera 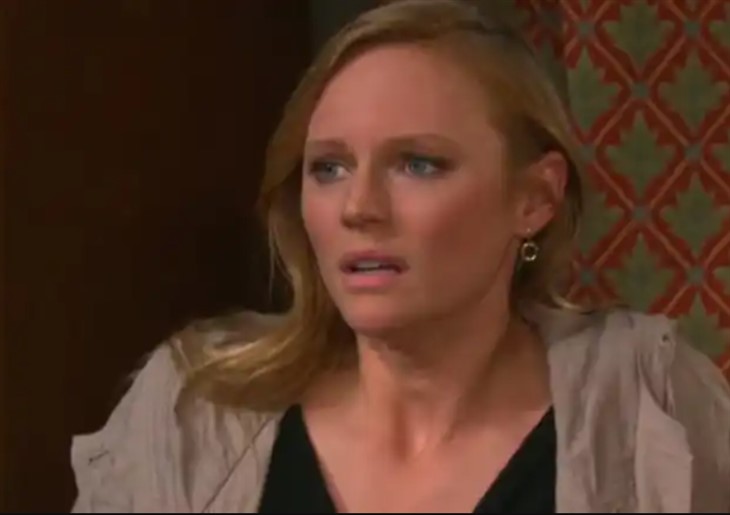 Days of Our Lives spoilers reveal a devastated Chad as he realizes his beloved Abigail ahs been murdered in their bedroom.

Chad DiMera (Billy Flynn) and Abgail DiMera (Marci Miller) were happier than they had ever been and the show let us know it by having them decide to have another baby. In the hour before Chad found Abby’s bloodied body, Abigail announced that she was ovulating so they quickly headed home to try to make a baby. After that, we saw tender scenes with their other two children, Thomas and Charlotte, before Chad took them to see a movie and Abigail stayed behind to work.

Days Of Our Lives Spoilers: Leo Turns To Sonny After Being Accused Of Murder!

Tragically, Chad arrived home to fin Abby’s bloodied body in bed after she had been mysteriously stabbed. His reaction was heartbreaking as he didn’t know what to do, but why did Days of Our Lives do it?

Over the last six years, DOOL has seen two rotating Abigail’s, going from Marci Miller to Kate Mansi in the blink of an eye with even the soap playing homage to that with Miller’s Abby seeing a photo of Mansi’s Abby or at least imagining it. Miller, who had a baby girl last March, is the last actress to play Abby and did not want to be on contract anymore as to spend more time with her child. That left DAYS head writer Ron Carlivati with a quandary.

Carlivati didn’t think it was an appropriate time in the flow of the story to break them up for outside reasons when they had just gotten back together and were happy. He also didn’t think it made sense for her to leave town, so he killed Abby instead.

“It often leaves the other character in flux, or stagnant, like they can’t move on or ever have another love story or a relationship with a loved one or a spouse just in another town or something like that.”

Hence, the decision to kill Abigail was made, but at least she wasn’t decapitated, as the rumor mill had predicted. Stay tuned to Days of Our Lives weekdays to see how this story plays out.