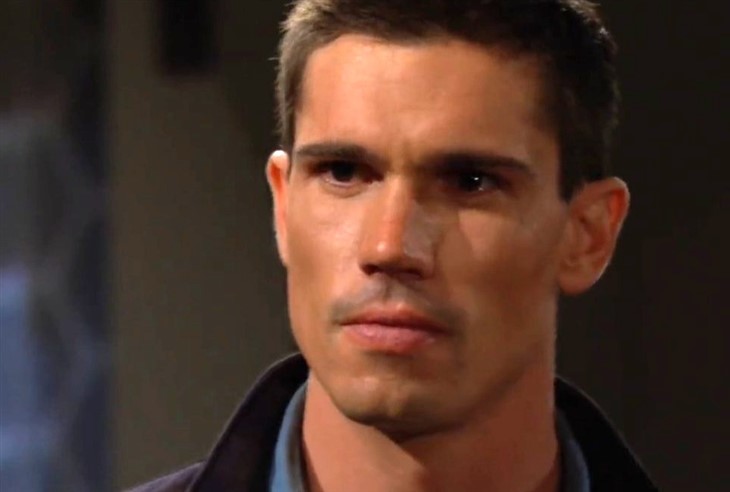 The Bold and the Beautiful (B&B) spoilers document that Sheila Carter (Kimberlin Brown) is teased to not only escape from prison, but also to find her son. That sets up a dramatic confrontation with his adoptive mother.

John Finn Finnegan (Tanner Novlan) is not dead, as Li Finnegan (Naomi Matsuda) and the audience know. She has been keeping him in a secret location that apparently will be exposed.

How likely is it that any high-profile prisoner, who is charged with murder and attempted murder of a prominent fashion family member, could escape custody during a transfer to federal prison?

Well, there are somewhat similar incidents that have taken place on the other side of the screen. However, when one also considers that B&B’s greatest of all-time villain is the escapee in question, then it is not such a far-fetched scenario.

Li was wronged by her husband, Jack Finnegan (Ted King). He lied to his wife approximately three decades ago when telling her the Finn story.

Jack claimed he was aware of a woman who could not support the baby boy she gave birth to. So, knowing that he and Li wanted to start a family, he proposed adopting that woman’s child.

Li was not told that Jack had an affair with a nurse at the same hospital where Matsuda’s character served as a doctor early in her medical career. That nurse moved from Genoa City, Wisconsin, to Los Angeles, California crossing over from The Young and the Restless to The Bold and the Beautiful.

But B&B’s audience knows it was never told this part of Sheila’s backstory until it was revealed last year.

If anyone can prevent Sheila from killing Li or vice versa, it is Finn. He represents the best part of Sheila that many believe does not exist.

Steffy Forrester Finnegan’s (Jacqueline MacInnes Wood) life was forever changed when Finn was assigned her case two summers ago. She believed that their life together was shattered by Sheila’s criminal actions.

However, daytime involves remarkable events, with Finn and Steffy’s survival representing two of them. Now, the next chapter in what has been one of B&B’s most dark and dramatic story lines in years begins.

Who will win the battle for Finn? A victory by Sheila would seem to be a favorable bet. But if Finn can regain and then sustain consciousness, it becomes possible that he saves his birth mother and adoptive mother from destroying each other.