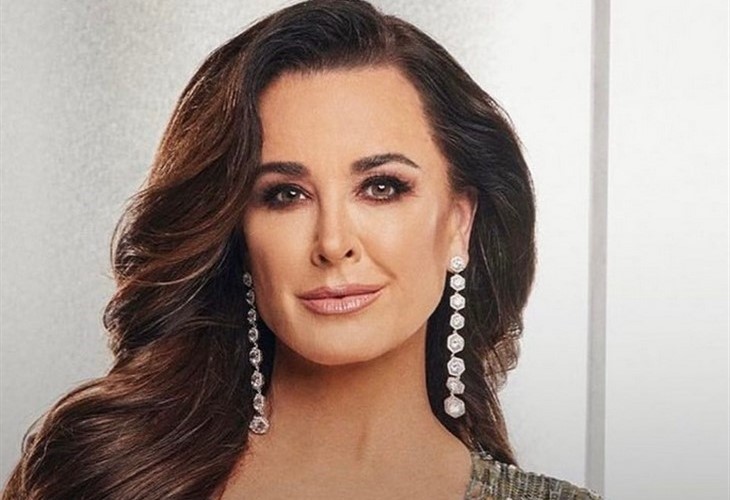 Real Housewives of Beverly Hills (RHOBH) Kyle Richards listed her fantastic retreat in Aspen for a tidy sum. Well, will she get a fast buyer? Should she predict that someone will snap it up?  Well, it might all depend on if the Bravo star remembered to put out her crystals during the June 14 Strawberry Supermoon.

The reality TV star is sometimes a bit hard to understand and she accumulated a lot of haters in the past. Compassionate and caring when Dorit suffered a home invasion, she didn’t stand by her long-term friend, Lisa Vanderpump over the Puppgygate scandal in Season 8. Actually, some fans just can’t seem to understand how she blows hot and cold sometimes. But, she’s interesting and her motivations often seem to have roots in the spiritual.

At the beginning of the year, RHOBH fans noticed that new jewelry came out. While Kyle’s new line didn’t seem to be received with utter joy, some fans noticed that there were some designs in it that might have been mystical or religion-based. But, is she particularly spiritual? Now that she sells her retreat, might she put her faith in a good outcome on something else mystical?

Kyle Richards took to her Instagram on June 14 and shared a slide about the Strawberry Supermoon. Next, she followed it up with a screenshot of an article about the sale of her retreat. Tagging @everythingaligns, she shared that the Strawberry Supermoon brings “a Paradigm Shift.” Apparently, that means that people can expect “the beginning of more dreams coming true.” So, all sorts of good things can come about because of that.

Was it simply coincidental that the RHOBH star followed that up by revealong that her Aspen retreat is listed for $9.75 Million? After all, the Strawberry Moon slide did advise followers to “put your crystals out tonight.” Perhaps she put out her crystals and a call will arrive super fast that she sold her retreat for a tidy profit.

Real Housewives Of Beverly Hills – What Is A Strawberry Moon?

RHOBH star Kyle Richards might prefer the charming association to the supermoon because she seems to have a spiritual bent. Actually, it’s name comes from the harvet of the fruit during the short span that it occurs in the sky. According to space.com, it happens when the moon is at a “point where the moon is nearest Earth.” The moon is known to affect the waves in the ocean. Perhaps it also sprinkled a little bit of magic on Kyle’s crystals.

Be sure to catch up on everything happening with the Bravo cast right now. Come back here often for moreReal Housewives Of Beverly Hills spoilers, news, and updates.