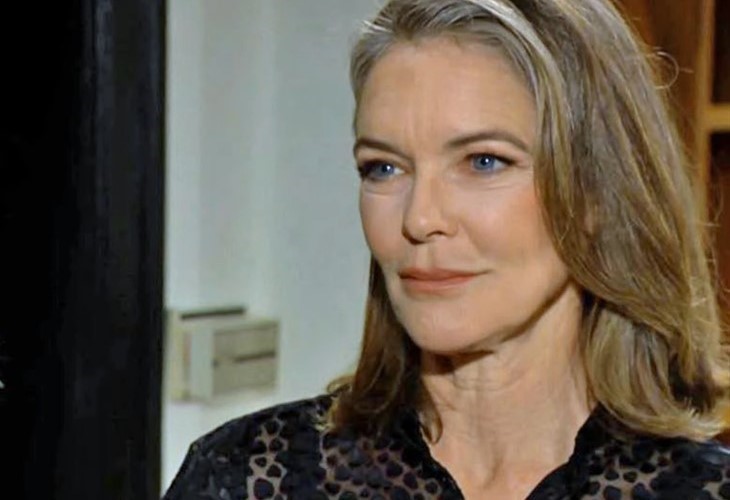 The Young and the Restless (Y&R) spoilers document that Diane Jenkins (Susan Walters) continues to be stymied in her efforts to rekindle good feelings with Jack Abbott (Peter Bergman). Kyle Abbott’s (Michael Mealor) father will remain just that.

Ashland Locke (Robert Newman) recognized a kindred soul in Diane, but he is committed to Victoria Newman (Amelia Heinle). It feels likely that Victoria would frown upon Ashland developing a friendship with Diane. Walters’ character has already told Ashland that she can not be involved in promoting his cause where Harrison Locke (Kellen Enriquez) is concerned.

Victor Newman (Eric Braeden) recently questioned himself. That happened while he was at the Grand Phoenix Hotel.

Diane arrived at the Chancellor-Winters merger launch party, claiming she did not know it was an invitation-only event. Nikki Newman (Melody Thomas Scott) bee-lined to the woman she killed many years ago in soapy time and told her in no uncertain terms to get out.

Nikki’s ordeal with Diane led to a harrowing set of circumstances, with Thomas Scott’s character eventually being cleared through a successful self-defense claim. All of the above means that Diane’s two-time ex-husband, also her most recent spouse (2011), is highly unlikely to wed her a third time.

Jack does not care about Diane, other than her role as Kyle’s mother and Harrison’s grandmother. Bergman’s character learned his lesson multiple times and is not fooled by her beautiful eyes.

However, Diane appears to still be in love with Jack. That is evident by him being the first Genoa City, Wisconsin resident she made face-to-face contact while in Los Angeles, California.

Her use of Allie Nguyen (Kelsey Wang) was manipulative. But it was Diane’s way of helping Jack deal with the loss of his oldest son, Keemo Volien Abbott Nguyen (Philip Moon).

That effort backfired but resulted in a reconnection with Kyle. However, Jack loves Phyllis Summers (Michelle Stafford). That revived romance has paused, but hopefully is not over.

Victoria could fall into the same relationship pattern she has with Billy Abbott (Jason Thompson) and split from Ashland for an as-yet-unknown reason. Alternatively, if that does not happen, Diane could be someone Ashland maintains a friendship with, which leads to an unexpected romantic encounter.

In any event, regarding the three possibilities noted, Diane needs someone to love her. She has charisma and a history of attracting someone to play along with her daytime dynamic on Y&R.