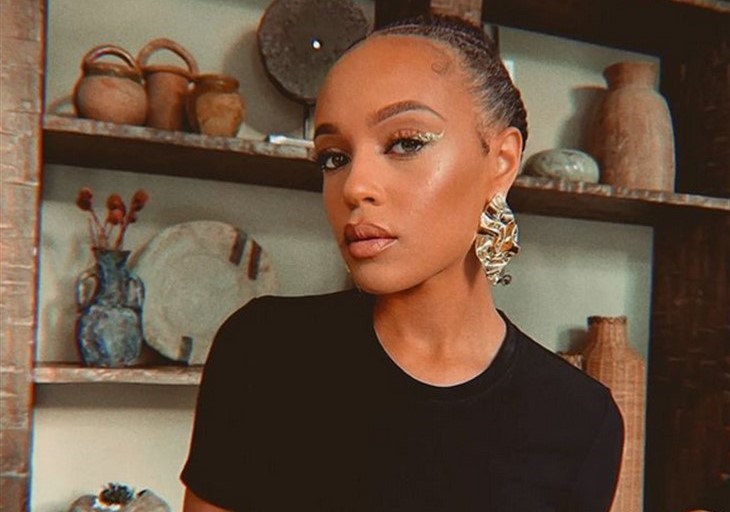 The Bold and the Beautiful spoilers and updates tease that Reign Edwards has landed a new gig. The actress who used to play the role of Nicole Avant in the daytime drama stars in a new drama titled Love You Anyway. The coming of age movie is set to air at the end of June.

The movie follows the story of a young woman who struggles with depression and her journey from childhood to adulthood. The film will be released by Freestyle Digital Media online and in the theater by June 28.

Aside from that, Denise Richards, who portrays Shauna Fulton on the soap, is headlining Love Accidentally. The Amazon Freevee’s first original movie is scheduled to premiere on August 15.

Li Finnegan (Naomi Matsuda) will find the time to tear into Sheila Carter (Kimberlin Brown) for all the problems she’s caused. Fans know that the latter was the reason why Steffy Forrester (Jacqueline MacInnes Wood) went into a coma and John “Finn” Finnegan’s (Tanner Novlan) near-death experience.

Sheila still has no idea that Finn survived what happened in the alley, but Li will remain furious at everything she’s done. She’ll make it clear to Sheila that she’ll never be Finn’s mother. She’ll have some harsh words for her, which will leave Sheila in tears after she’s done.

B&B Spoilers – Will Sheila Carter Find Out That John Finn Finnegan Is Alive?

So far, Sheila is the only one who knows that Finn is alive. During the confrontation, Li may drop some hints that would give Sheila an idea that Finn has survived the shooting. When that happens, Sheila may hatch an escape plan so she can see her son.

Meanwhile, Grace Buckingham (Cassandra Creech) doesn’t want Zende Forrester Dominguez (Delon de Metz) to give up on Paris Buckingham (Diamond White). She wants Zende to continue pursuing Paris and hopes that he’ll get a shot to be with her and start a family together.

The Bold and the Beautiful Spoilers: Are The Cast And Crew Getting Ready To Film In Monte Carlo Again? #bb #boldandbeautifulhttps://t.co/aZ7u3ebXsh

But Paris and Zende have no clue that Paris overheard their conversation. For Paris, Grace is giving Zende false hope. Paris will intervene and let them know that Carter Walton (Lawrence Saint-Victor) is the only man she wants to have in her life. The latter will ignore his feelings for Quinn Forrester (Rena Sofer) and pursue Paris instead.