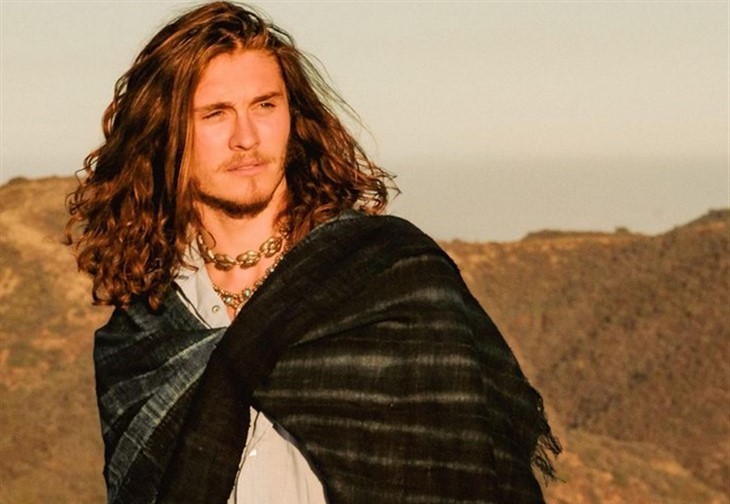 The Young and the Restless spoilers and updates tease that Tristan Lake Leabu has released his first single. Viewers may recall the young actor as Reed Hellstrom in the daytime drama, who was last seen in the soap back in 2019. Leabu shared that his single, Breathe It In, is c3urrently available on SoundCloud and YouTube.

“Breathe It In, my first single is out now! Go give it a listen, if you can. Currently on YouTube and SoundCloud. I will keep y’all posted on when it’s processed into Bandcamp. The full streaming service release will be in one month. Stay tuned. Much love,” the actor shared on Instagram

Victor Newman (Eric Braeden) set his plan to break up Ashland Locke (Robert Newman) and Victoria Newman (Amelia Heinle) into motion when he made Adam Newman (Mark Grossman) CEO of Newman Enterprises. He believes that putting Adam in charge will make Victoria furious enough to come home. Even though Victor knows that his latest trick could end up damaging his family, he’s willing to gamble as long as he can put a dent in Ashland and Victoria’s relationship.

Victoria and Ashland are still trying to settle down in New York, and they will eventually learn that Adam is now Newman Enterprises’ new CEO. Ashland will ask Victoria how she feels about the change in management and if she regrets quitting her job. The latter may say that she’s standing by her decision for now. But spoilers hint that she may start having second thoughts about leaving, and she’ll be back in Genoa City soon, and this may have something to do with Victor’s schemes.

The Young and the Restless Spoilers: Sharon Finds Herself In Nick’s Bed Again? #yr #youngandrestlesshttps://t.co/SbiWBrs3Em

As for Summer Newman-Abbott (Allison Lanier), her proposal will catch Kyle Abbott (Michael Mealor) off guard. She’ll make him a tempting offer to run Marchetti himself. He’ll take her offer into consideration, but as of the moment, he just wants to celebrate his success with Summer. But the pair will face some problems thanks to Diane Jenkins (Susan Walters). The latter wants to get closer to Kyle, and that could pose a threat to his marriage with Summer.