Days Of Our Lives Spoilers: Chloe And Brady Square Off Against Leo 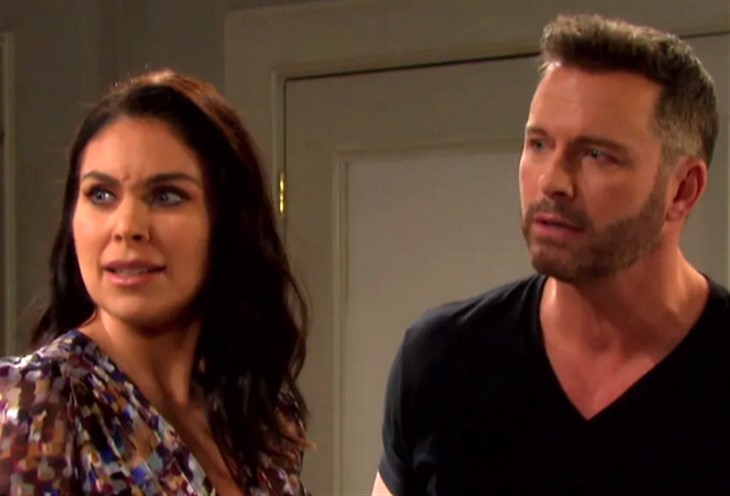 Days of our Lives (DOOL) spoilers and updates tease Leo Stark (Greg Rikaart) has made new enemies. Leo had wanted to marry Dr. Craig Wesley (Kevin Spirtas). Leo had intended on marrying Craig for his money but ended up falling in love with him. Leo has wanted to get back at the ones that took Craig away from him. Leo is finding that his need for revenge is getting him into trouble.

Leo had wanted to find a way to get Craig’s daughter Chloe Lane (Nadia Bjorlin) to accept him. Chloe had been shocked to find out that Craig wanted to be in a relationship with Leo. Craig had been married to Chloe’s mother Nancy Wesley (Patrika Darbo) at the time. Chloe believed that Craig and Nancy were happy together. Chloe had been determined to keep Leo from hurting Craig. Chloe decided to take matters into her own hands to stop Leo from marrying Craig. Chloe got a prenuptial agreement for Leo to sign.

Chloe did not believe that Leo would sign the prenuptial agreement. Chloe was stunned when Leo decided that he would sign the prenuptial agreement. Chloe decided that she would try to accept Leo but was relieved when Chad DiMera (Billy Flynn) was able to stop Leo from marrying Craig. Chad had found the proof that Leo wanted to marry Craig for his money. Craig decided that he would leave Leo and Salem after his failed wedding. Chloe does not want Leo to be able to try to find Craig. Chloe does not want Leo to try to convince Craig to take him back.

Leo has a complicated past with Brady Black (Eric Martsolf). Leo had tried to seduce Brady. Leo had conspired against Brady’s friends Sonny Kiriakis (Zach Tinker) and Will Horton (Chandler Massey). Leo nearly destroyed Sonny and Will relationship. Brady had hoped that he could get Sonny and Will to help him when he was trying to stop Leo from marrying Craig. Will and Sonny came to Salem to try to convince Craig that Leo would find a way to hurt him. Craig did not take Will and Sonny’s advice to leave Leo. Brady was relieved that Chad was able to expose Leo and stopped him from hurting Craig. Brady has been upset that Leo has used the press to go after Sonny, Will, and Chad. Brady may decide to use physical force to get Leo to stop causing problems for his friends.

Days of our Lives Leo had wanted to go after Chad and his wife Abigail Deveraux DiMera (Marci Miller). Leo had been contacted by his friend Gwen Rizczech (Emily O’Brien) to kill Abigail. Leo had taken a knife in a bag to kill Abigail and has taken money and jewelry from Abigail’s jewelry box. Did Leo decided to go through with Gwen’s request to kill Abigail? Leo may be confronted by Chloe and Brady. Leo may not be able to hide the money and jewelry that he took from Abigail. Will Chloe and Brady find out that Leo could be responsible for Abigail’s death? Be sure to catch up on everything happening with DOOL right now. Come back here often for Days of Our Lives spoilers, news, and updates.