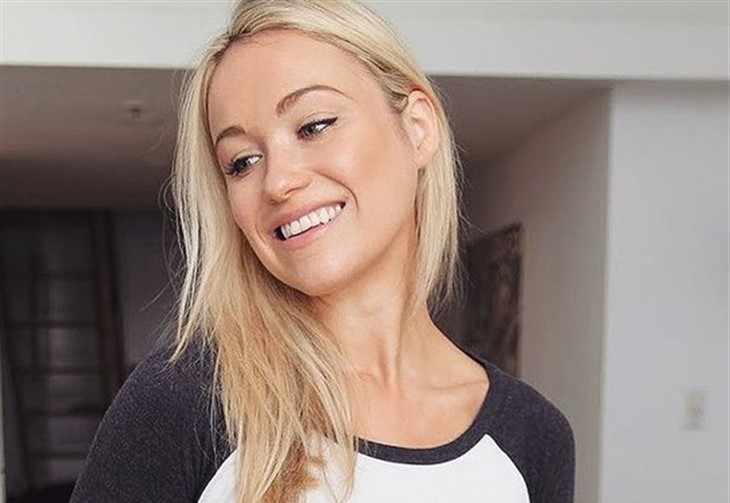 Katrina Bowden is greatly missed on The Bold and the Beautiful as Flo Fulton. We miss seeing her and Wyatt (Darin Brooks) and her being added to the Logan family drama. But, fans can gear up to see her in yet another new project called Old Dads which also stars a former B&B actor, Reign Edwards (ex-Nicole Avant).

Actor and comedian, Bill Borg has taken his set in the director’s chair for the first time. He will direct, write, produce and also star in this new film. Ben Tishler is listed as a co-writer for the project. The film is currently in production and began principal photography on March 2 in Los Angeles

The Bold And The Beautiful  Spoilers – About The Movie

“Old Dads” centers on a middle-aged father, Jack (Burr), and his two best friends (Cannavale and Woodbine), who after selling their company to a millennial, find themselves out of step and behind the times as they hilariously struggle to navigate a changing world of culture, career and fatherhood.

Since leaving The Bold and the Beautiful, Reign Edwards has been hard at work on some primetime drama. She has been playing; Leanna Martin on MacGyver, Cody on Into the Dark, Rachel Reid on The Wilds and Melody Wright on Snowfall. Her latest project is that of her role as Mackenzie Schaffer in the upcoming film, Love You Anyway. Her time on B&B spanned from 2015 – 2018 and earned her four Daytime Emmy award nominations.

Bowden joined the show back in 2019 as the daughter of Shauna Fulton (Denise Richards) and Storm Logan (William deVry). She is the fiance of Wyatt Spencer and was last seen on the show in 2021. Last we heard the characters were being rested for a while but were set to be back front and center soon. Quite some time has passed and we are still waiting to see Flo and Wyatt back in action and to see them get ready.

In the meantime, be on the lookout for Bowden’s new gig.