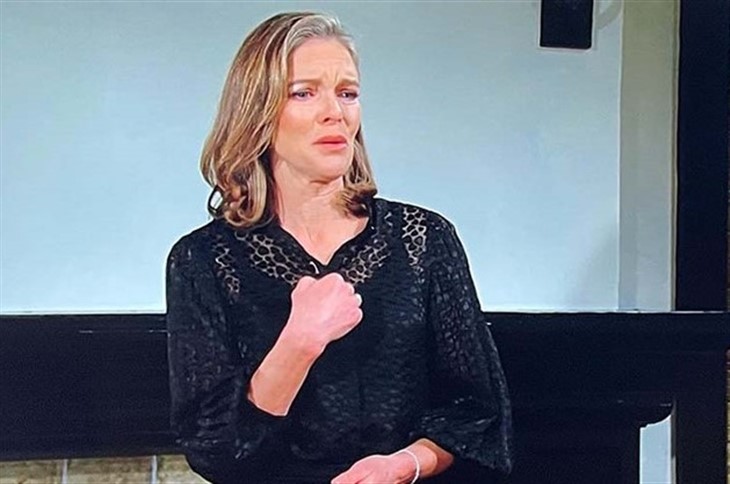 The Young and the Restless spoilers document that Diane Jenkins (Susan Walters) is playing it slow and steady. Her first goal is accomplished, in that she is back in Kyle Abbott’s (Michael Mealor) life.

Jack was quick to point out that he has not gotten over Diane’s faked murder or recent comeback to Genoa City, Wisconsin. But Jill and the audience noticed that Jack also did not definitively rule out a reunion.

The Young And The Restless Spoilers – Does Jack Abbott Still Care?

Jack repledged his love in an embarrassing moment months ago at the Abbott mansion. Phyllis Summers (Michelle Stafford) was thrown by Jack’s words. Plus, she was still with Nick Newman (Joshua Morrow) at the time.

But circumstances change quickly in daytime. Since then, Nick dropped Phyllis. Phyllis decided to pursue a relationship with Jack. Most recently, Jack felt betrayed by Phyllis and told her they were through.

As for his feelings toward Diane, that is a bit more complicated. It appears as though he is still in the processing stage. But if Phyllis gives up, Diane will have no competition.

Stafford’s character needed a mental break, and the departure anticipates a refreshed return, where Phyllis and Jack can potentially talk things out.

Say whatever one likes about Diane’s past, she has been impacted by it. Her interaction with Kyle and Harrison Locke (Kellen Enriquez) has been genuine

The question is whether Diane can recognize her pattern of provocative behavior and stop herself before alienating others? The query is open-ended, rather than being assumed with a negative conclusion.

It is plausible to see Jack with Phyllis or eventually with Diane if he and Red remain split. This reconfigured modern triangle makes good soap in any regard.