Days Of Our Lives Spoilers: Jake In Danger After He Finds A Clue In Abigail’s Murder? 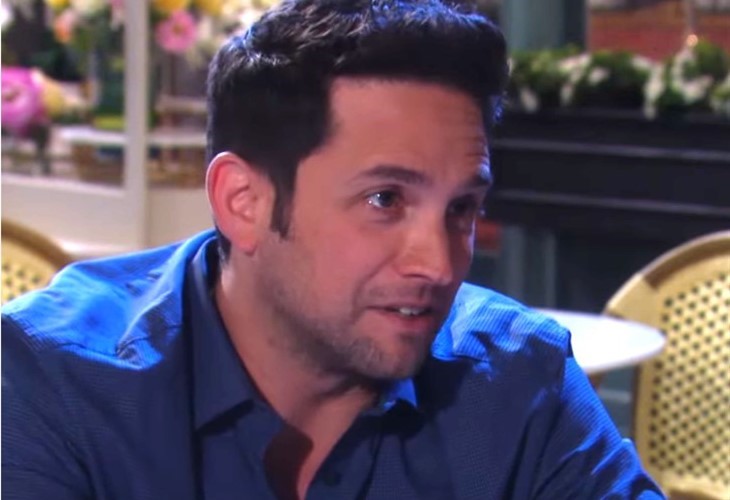 Days of Our Lives Spoilers tease that Abigail DiMera’s (Marci Miller) murder won’t be solved quickly and will take several twists and turns before the killer is revealed. And one of those twists might be another murder. Jake DiMera (Brandon Barash) might find himself in trouble as he inadvertently finds a clue, perhaps without even knowing it. Why would Jake be targeted? There are rumors that the character of Jake isn’t working as well as hoped. So, Jake’s lookalike twin brother, Stefan O DiMera (also Brandon Barash) might be making a comeback, eliminating the need for Jake at all!

Days Of Our Lives Spoilers – Could Stefan DiMera Have Appeared To Abigail DiMera Before She Died?

Perhaps Stefan even revealed himself to Abigail before she died. Stefan was in love with Abigail’s alter, named “Gabby” and they carried on an affair until Abigail’s DID was finally back under control, Perhaps Stefan was hoping to rekindle their romance, and Abigail didn’t respond in the way Stefan had hoped. Maybe even she died accidentally during their confrontation or Stefan witnessed her murder before she could reveal himself!

DOOL Spoilers – Perhaps The Killer Thinks Jake DiMera Was There Instead!

Maybe the killer even knows that Stefan witnessed Abigail’s death but thinks it is Jake. Jake would then become the killer’s next target in the hopes of covering up Abigail’s death. But if it was actually Stefan, then Jake will have died for nothing other than the fact that he shares a face with someone else. Jake and Stefan won’t ever likely meet because if Stefan does come back, it would likely only happen in response to Jake’s death!

Days Of Our Lives Spoilers – Stefan DiMera Won’t Be Pining Over Gabi Hernandez!

Although Stefan was married to Gabi Hernandez (Camila Banus), due to the serum Dr. Wilhelm Rolf (William Utay) gave Stefan to save him. He at first only remembered Abigail and later, Chloe Lane (Nadia Bjorlin). Chloe and Stefan might actually find love once he is officially back in Salem, leaving Brady Black (Eric Martsolf) furious!

Days Of Our Lives Spoilers: Chloe And Brady Square Off Against Leo https://t.co/8YkEnuHsxm pic.twitter.com/5HICirfer1

Is Jake marked for death? Is Stefan DiMera actually alive? Could he know something about Abigail’s murder? Anything can happen in Salem so stay tuned to Days of Our Lives airing weekdays on NBC. And don’t forget to check back right here regularly for all your Days of Our Lives news, information, and spoilers!