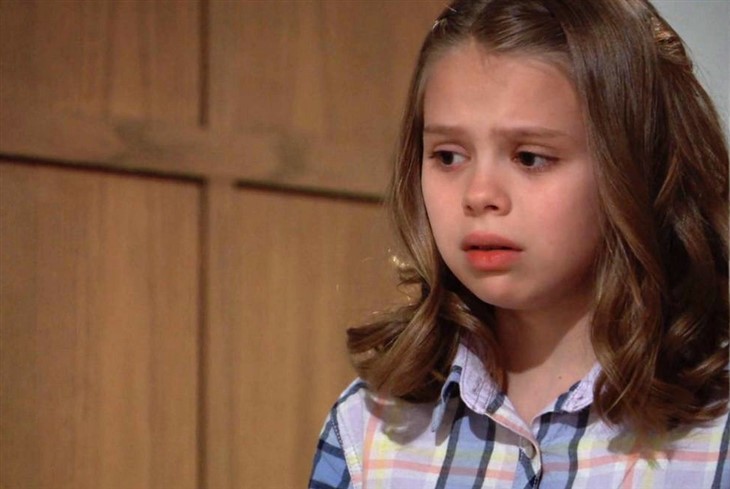 General Hospital (GH( spoilers reveal Valentin continuing to miss his daughter Charlotte and dodge questions about why she is suddenly in boarding school. And maybe there is a reason for that.

When Valentin Cassadine (James Patrick Stuart) casually mentioned that his beloved daughter, Charlotte Cassadine, was now in a European boarding school, it seemed unusual as the character had just been recast with a slightly older actress than Scarlett Fernandez who had played Charlotte since 2016.

Why would Valentin ever give up his child, especially when she had just been kidnapped by Peter August (Wes Ramsey)? One would think Valentin would want to keep her as close as possible but maybe he sent her away for her own good. Or maybe, he didn’t even have a choice.

As far as we know, Valentin is voluntarily working for his newfound father Victor Cassadine (Charles Shaughnessy), but maybe Victor is forcing him into it. Maybe he was in French Polynesia with Jennifer Smith (Holly Gagnier) and that crazy mustache because Victor is holding Charlotte’s safety over his head. Victor might seem charming with that lovely British accent he says he worked so hard to develop, but he is also a Cassadine and has always been a very dangerous one.

Why would anyone think that has changed now? After all, this was a man who fathered a child with Helena Cassadine and who tried to freeze the world and is likely still trying to freeze the world. (What was with that heat wave Port Charles had a few months back?)

We do know that Nina Reeves (Cynthia Watros) has spoken to her former stepdaughter as she told Valentin they had a talk about horses, so we know Charlotte is ok, or at least was ok when she and Nina spoke. But, did Victor insist that Charlotte go to boarding school against Valentin’s will? Has he threatened her if Valentin doesn’t do his bidding? He might have been the one to rescue Charlotte from Peter, but he could have done that just to look good.

Of course, Charlotte could have also been putting on an act when talking to Nina and knows the danger she is in. When Charlotte does eventually reappear once this arc of the story is over, we also have to wonder if she will suddenly be a teenager. Stay tuned to General Hospital weekdays and find out.