The Bold And The Beautiful Denise Richards In Two Projects 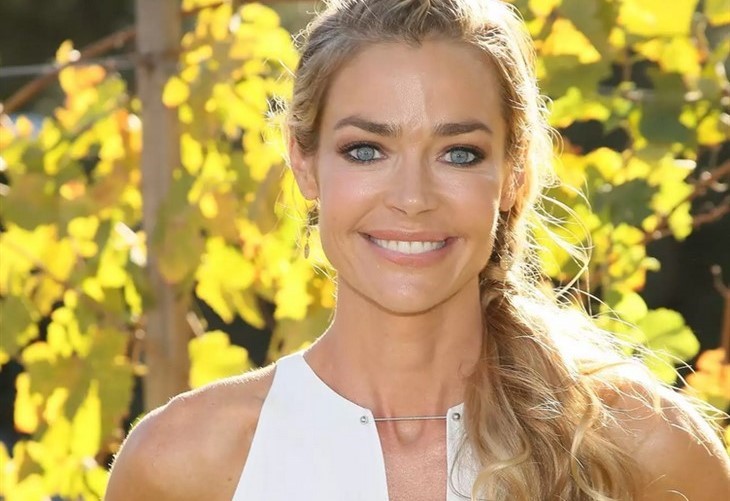 The Bold and The Beautiful Denise Richards has been much in the news lately due to her daughter creating an Only Fans account. But, she has also been in the news due to her being attached to two major upcoming projects, two films.

The Bold And The Beautiful Spoilers – All About The Projects

Richards (Shauna Fulton, The Bold and the Beautiful) will headline ALPHA CODE, a new film with Days of Our Lives alum Bren Foster (ex-Quinn) and UFC Champ Randy Couture. This is based on the true story lived by filmmaker Milan Friedrich. The film was released on VOD by Vision Films Inc. on June 14.

In this film, “After losing both his wife and his daughter in a series of mysterious disappearances, a man begins to see a strange symbol everywhere he goes. Waking up in the hospital and held captive by armed agents, he escapes and encounters a woman who seemingly holds the knowledge of a larger conspiracy involving alien abductions and the creation of human hybrids.”

B&B Spoilers – Her Next Project

Additionally, the Real Housewives of Beverly Hills star is set to be in the sequel of Angels Fallen. In this film called Angels Fallen 2: Warriors of Peace, when an Iraq War veteran receives a calling from a higher power, he embarks on a mission to stop a fallen angel from raising an army of the dead to take over the world.

The film is directed by Ali Zamani and written by Chris Kato. It has Richards in a lead role. Nicholas Torturro, Houston Rhines, Josh Burdett, Michael Teh (Days of Our Lives), Silvio Samic, Greg Canestrar, Lee Kholafai, Korrina Rico and more are a part of the cast. The film shoots in Los Angeles in August, and is a sequel to the 2020 action horror film “Angels Fallen.” In the first film, we saw the talents of veterans Michael Madsen, Eric Roberts (The Young and the Restless) and Nicholas Turturro.

The film is scheduled for 2023 delivery. Uncork’d Entertainment is handling the distribution of all rights globally. Please stay tuned for more updates on this and all things related to Denise Richards and her projects. Be sure to leave a comment in the comment section below!