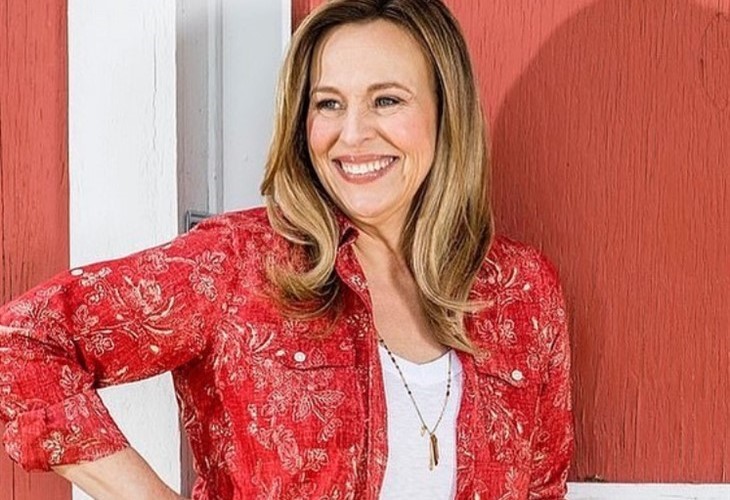 General Hospital spoilers reveal a very special hour celebrating 15,000 episodes, but that particular hour was pushed back a day thanks to pre-emptions caused by the January 6 hearings in Congress. However, it doesn’t look like the GH tech team got the message.

Esme Prince (Avery Kristen Pohl) is supposed to visit her uncle who doesn’t know he is her uncle on Monday and ask for some advice. And the GH Twitter account left fans a tweet telling them to click and we’d see those Esme moments with Kevin Collins (Jon Lindstrom). Esme’s pic was even in the tweet, but when fans clicked, they did see Kevin, just not Esme.

Instead, it looks like a preview scene for the 15,000th episode got uploaded and tweeted instead, as that was the one that was originally supposed to air on Monday, but at least we get a sneak peek of that.

When Laura Collins and her brother, Martin Grey (Michael E. Knight), discuss their time hiding out and playing video games, they really want to know who tried to kill them. (Fans know it was Victor Cassadine who ordered the hit and Laura’s assistant is working for him.) That will be a talk on Monday, but does it have anything to do with Laura’s position as mayor being threatened on Tuesday?

GH decided that its 15,000th episode would be a Laura-centric one as Genie Francis has been a member of the cast since she was a teenager and essentially saved the soap from cancellation all on her own when she was one half of Luke and Laura, the supercouple that is probably the most synonymous with soap operas. With Laura now being the town conscience and the town mayor, it looks like several players will have to rescue her on Tuesday.

What has happened to make so many people, including Kevin, so worried about Laura? Well, he leads her into a meeting with a team that plans to help her and that team includes Scott Baldwin (Kin Shriner), Carly Corinthos (Laura Wright), Robert Scorpio (Tristan Rogers), Alexis Davis (Nancy Lee Grahn), Sam McCall (Kelly Monaco), and Curtis Ashford (Donnell Turner).

The episode also promises to be filled with other favorites, but the story is also supposed to be contained to that one hour, so whatever problem Laura has, will be solved by the end of the episode. Stay tuned to General Hospital weekdays to see what that problem is.