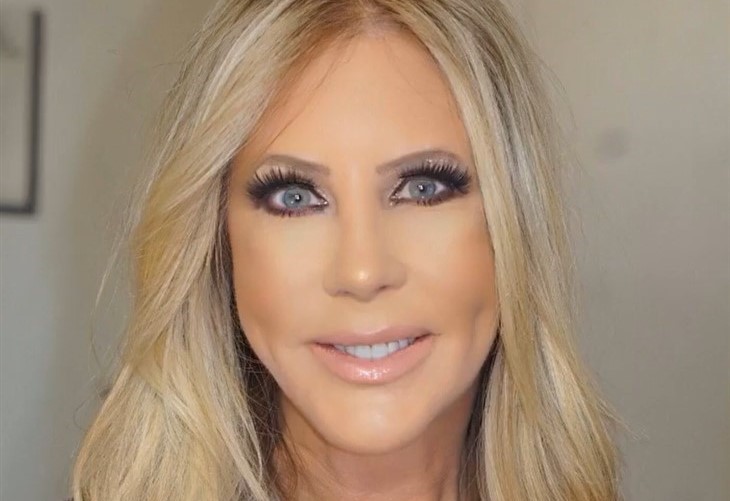 Real Housewives Of Orange County, (RHOC) fans saw that Vicki Gunvalson seemed deeply happy in her relationship with Steve Lodge. However, he took himself off amidst cheating allegations and married Janis Carlson. Fans knew that she was devasted but now she has a new boyfriend, and she’s once again found the love of her life, Michael.

If you follow the Bravo show at all, you will know that Vicki used to be married to Donn Gunvalson. That ended up in divorce, and she later got serious about Brooks Ayers. Fans thought he was a deadbeat nobody, and they split as well. Incredibly though, they got back together and it was all the goss back in 2013.

For a long time after Vicky met and then split from Steve Lodge, the Real Housewives Of Orange County star seemed broken. Actually, previous photos of them together revealed that she went fallout for a long-term commitment this time. So, loyal Bravo fans understand that she feels bitter about him cheating on her.

Briefly, fans thought she might get back with Ayers again, but that never happened. However, she seemed rather more upbeat about life in recent months.

Back in March this year, Bravo fans saw that Vicki gave her new man a sweet kiss. The photo arrived on her Instagram Stories. Since then, they found out that his name is Michael and he comes from Texas. Taking it next level this week, she shared that her family finally met him.

In her caption, she said, “My heart is happy. So great introducing Michael to my amazing family. Lots of laughs and tons of fun.”

Real Housewives Of Orange County fans who saw the photos of the meetup had a lot to say about it. Of course, she has a lot of loyal fans. But like the rest of the cast, she also has a lot of haters. So, diverse opinions landed in the comments. Naturally, that’ saw her supporters trying to shut down any negativity.

Fans who love the Real Housewives Of Orange County alum said some nice things. One of them wrote, “you two look good together. As long as you both make each other feel loved and cared for that’s all that matters. Don’t let anyone put a downer in your happiness. 💗💕.”

Of course, naysayers were a bit cruel and a number of them wondered how long this relationship would last. Meanwhile, others wondered why it seems that she must always have a man in her life.

What are your thoughts about Vicki falling in love again? Sound off in the comments below.,

Be sure to catch up on everything happening with the Real Housewives Of Orange County cast right now. Come back here often for more spoilers, news, and updates about the cast of RHOC.