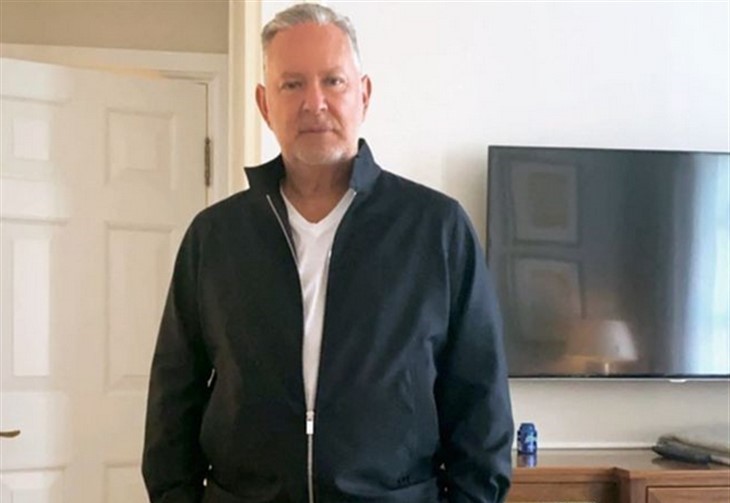 Real Housewives of Beverly Hills, (RHOBH) fans grow quite fond of Paul Kemsley as he often posts some amusing one-liners. Of course, Bravo fans don’t always get it because of his British background. On Father’s Day, he shaded Lisa Rinna and gave fans a lot of laughter from the way he did it.

Make no mistake about it, but Dorit’s husband Paul can get seriously angry from to time. In fact, anyone who takes out the knife to stab Dorit gets quickly savaged by him. On one particular occasion, he slammed a blogger that suggested Dorit’s home invasion was less traumatic than described.  However, when he’s in a good mood, his humor keeps Bravo fans amused.

One time that the Real Housewives of Beverly Hills star got fans giggling came back in November last year. At the time, he poked fun at Kyle Richards and Mauricio. When Halloween came along, they dressed up as The Adams Family. In his post, he wrote, “Gonna tell my kids we are @mumansky18 and @kylerichards18.” Actually, the laughs came because Dorit looked so much like Kyle dressed as Morticia.

Lisa Rinna’s favorite thing to do on social media seems to be dancing to reels. Well, on Father’s Day she danced around as her husband, Harry Hamil ignored her. Steadfastly, he worked on some plants while she pranced around.  In her caption, she said, “God gave us you to each us all the goodness in life.” Then she added, “You are the best sport and the most patient man on the planet.”

Well, Paul Kermseley saw it, he shared in the comments about Dorit and Father’s day. Notably, he shaded Lisa by saying, “Dorit, this is Lisa’s 98th Father’s Day Post For Harry.”

Then Real Housewives of Beverly Hills star quipped to his wife, “You better do something double quick or I’m unfollowing you.”

Bravo fans thought it was hilarious, so they took to the comments to diss Lisa Rinna and talk about Paul’s sense of humor. That came when Comments by Bravo shared the post on their Instagram account.

One Real Housewives of Beverly Hills fan wrote, “PK is slowly becoming my favorite househusband outside of NJ lol.”

Be sure to catch up on everything happening with the Bravo franchise right now. Come back here often for moreReal Housewives Of Beverly Hills spoilers, news, and updates.