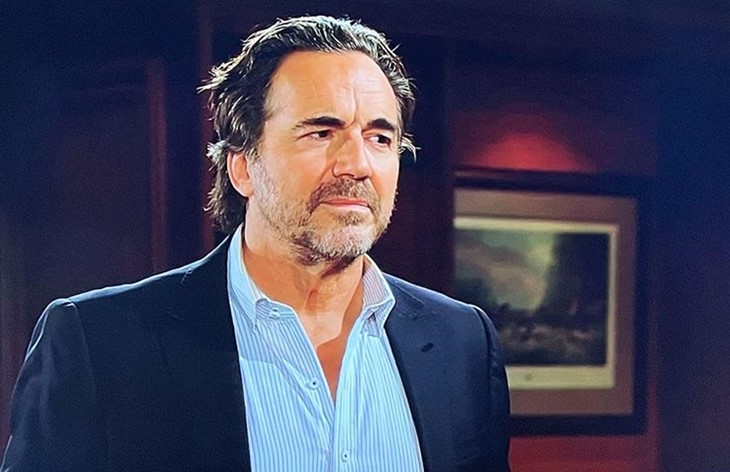 The Bold and the Beautiful (B&B) spoilers and updates tease Carter Walton (Lawrence Saint-Victor) is attempting to move on. Carter had been in a relationship with Quinn Forrester (Rena Sofer). Carter fell in love with Quinn but could not stay with her because she was married to Eric Forrester (John McCook). Carter has tried to find happiness with Paris Buckingham (Diamond White). Carter needs help to be able to get his romantic life in order. Carter knows that he can turn to his close friend Ridge Forrester (Thorsten Kaye) for help.

The Bold and the Beautiful Spoilers: Ridge Forrester Advises Carter Walton to Walk Away from Quinn Forrester

Carter and Quinn decided that they needed to go back to being friends. Carter has not been able to get over Quinn. Carter has been talking to Ridge about his conflicted feelings for Quinn. Ridge does not want Carter to have trouble from Eric. Ridge believes that Eric and Quinn have been able to get their marriage back on track. Ridge may believe that Carter needs to put his relationship with Quinn behind him.

Carter had found an unexpected connection with Paris. Paris had been dating Zende Forrester Dominguez (Delon de Metz) but did not want to make a commitment to him. Carter has found that he cares about Paris and has decided that he wants to marry her. Carter knows that Paris will want to get married. Carter and Paris have met with resistance from Paris’ mother Dr. Grace Buckingham (Cassandra Creech). Grace believes that Paris should be with Zende. Carter has told Ridge about the problems that he has had with his relationship with Paris. Ridge may believe that Carter can find a way to be happy with Paris. Ridge may believe that Carter can convince Grace that he will be a good part of Paris’ life. Ridge may help Carter to be able to pursue his relationship with Paris. Ridge wants Carter to have love in his life.

The Bold and the Beautiful Carter and Ridge do not know that Eric is keeping a secret from Quinn. Eric is having an affair with Donna Logan (Jennifer Gareis). Ridge has wanted Eric to be with the woman that would make him happy. Ridge may believe that Eric would be happier with Donna instead of Quinn. Ridge may decide that Carter could be with Quinn instead of Paris. Will Ridge and Carter find out the truth about Eric before Carter marries Paris? Ridge would want Carter to find love with the right woman. Will Ridge help Carter to be with Quinn instead of Paris when the truth comes out? Be sure to catch up on everything happening with B&B right now. Come back here often for The Bold and the Beautiful spoilers, news, and updates.