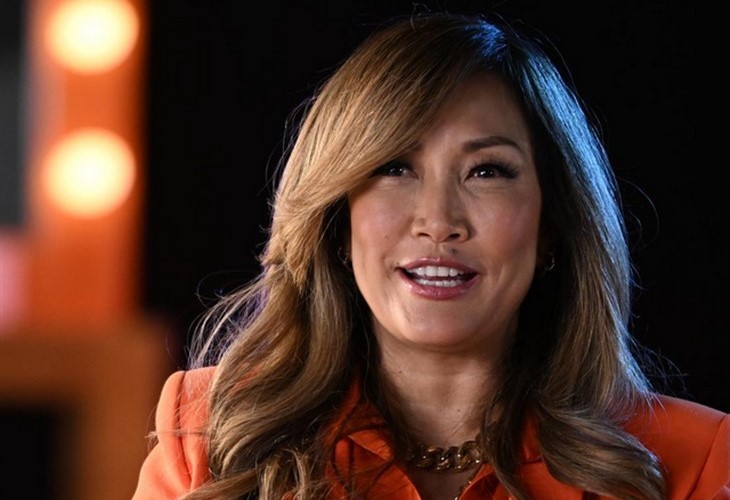 Dancing With The Stars (DWTS) judge Carrie Anne Inaba split from Fabien Viteri in the past but last year, rumors that they split floated around. That came after folks saw that they stopped sharing about each other on Instagram. Well, things look to have gone south as she confirmed that she’s single again.

Dancing With The Stars – Good News From Carrie Anne Inaba

A split’s a bad thing, right? Well, not according to Carrie. At the moment, she seems really happy and excited about her life. In fact, a week ago, she shared that she will migrate from ABC with the show that streams on Disney+ for the next two seasons. Like others who either hope to stick with it, she confirmed that she feels very excited about the opportunities that come along. However, it looks like she didn’t celebrate with Fabien Viteri.

Fans of shows like Dancing With The Stars and So You Think You Can Dance probably recall that she dated Artem Chigvintsev in the early 2000s. In fact, they first hooked up back when they were on Think You Can Dance. Well, that lasted for about five years and later he moved on with Nikki Bella. Meanwhile, she moved on with several other people, including Robb Derringer of the General Hospital soap.

Carrie Anne Inaba stopped looking very far for a nice guy and she hooked up with Fabien Viteri, a neighbor. Anyway, in late 2020, she started posting photos of him and they had a hot and cold relationship ever since. In fact, they split and made up again, and then rumors of another split emerged. Now, she confirmed to The Sun that they really did split.

The Dancing With The Stars judge isn’t weeping about yet another failed relationship. Actually, she told the outlet that she’s “never felt happier.” Well, she tried and failed to find marriage happiness but that never happened. So at 54 years old, perhaps she feels like it’s not worth the hassle. For now, at least, it doesn’t sound as if she’s about to go man hunting.

Dancing With The Stars: Lacey Schwimmer Dishes If She Would Return https://t.co/2e5GQGpV2d pic.twitter.com/VxMjZPT9Pb

Dancing With The Stars – Making Her Own Choices

Dancing With The Stars judge Carrie Anne Inaba seems happy to be done with a love life right now. In fact, she told the outlet, “I am making choices that feel really good to me.” Actually, she admitted that she seemed to struggle with people being too close to her after the “lockdowns” triggered more of her naturally reclusive personality.

Recently, Carrie posted up a cryptic message on her Instagram account. The quote that she shared by Glennon Doyle talked about becoming free to “please herself.”