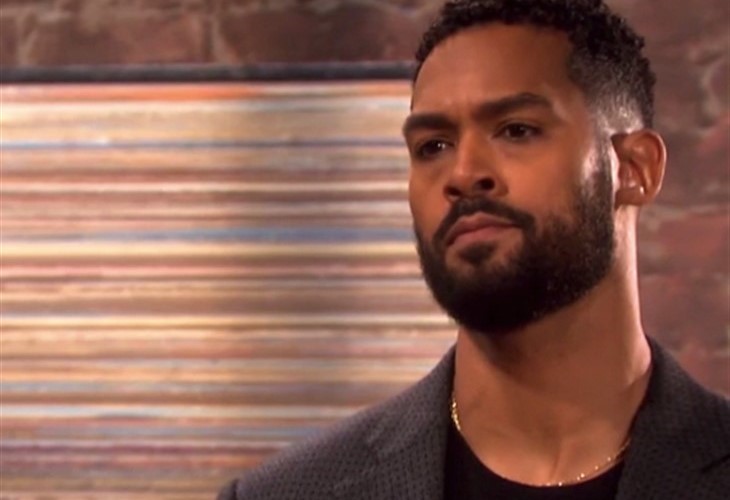 Days of Our Lives spoilers that Abe Carver (James Reynolds) will soon realize that his instincts were correct all along about the circumstances of TR Coates’ (William Christian) shooting and resulting death. As viewers know, Paulina Price (Jackee Harry) began telling anyone who would listen that she shot TR. TR had already knocked Abe out and once Lani Price (Sal Stowers) arrived, she feared for both her and Lani’s lives so she shot her ex before he could hurt anyone else!

Days Of Our Lives Spoilers – Lani Price Shot Her Own Father!

Lani had just arrived at Paulina’s after learning that TR was still beating women and using heroin. Eli Grant (Lamon Archey) discovered this information several weeks ago. But when he confronted TR, he resisted and grabbed Eli’s gun. After a short struggle, TR gained control of the weapon and shot Eli in the head. Eli barely survived but remained in a coma for the next several weeks. When Eli finally woke up, he told Lani was just as dangerous and toxic as he ever was. Lani panicked because she knew that TR was at Paulina’s townhouse at that very moment to help Paulina watch Lani’s twins.

DOOL Spoilers – Lani Price Knew That She Needed To Remove TR From Her Life!

When Lani finally arrived at Paulina’s she first saw Abe unconscious in a corner and TR in a pose that seemed to indicate he was about to hit Paulina. Lani immediately shot her father, who was unarmed. TR died moments later. And before Lani could react, Paulina made it clear that she was going to confess. Paulina was well aware that Lani could not only lose her job as a police officer but possibly prison time as well. But Abe was certain that as he was drifting in and out of consciousness, he heard Paulina ask Lani what she had done!!

Days Of Our Lives Spoilers – Abe Carver Believes In The Law!

Abe is the mayor of Salem and takes his job and its responsibilities very seriously. Abe had his doubts about Paulina’s confession almost from the beginning, so he shared his concerns with Eli. Both of them were concerned that it was really Lani who shot TR. So, Eli confronted Lani who admitted to her husband that his suspicions were correct. Eli surprisingly decided that Lani should let Paulina confess and keep quiet. Eli went back to Abe and told him that their suspicions were incorrect and Paulina was the guilty party.

It took several days for the paperwork to be processed that would allow Paulina to make bail. Not wanting to waste another moment, Abe proposed to Paulina who happily accepted. Abe believes he knows that Paulina killed TR and given the abuse that Paulina suffered at TR’s hands in the past, his love for her will only grow stronger. But as with all Salem weddings, Abe will learn that both Paulina and Lani haven’t been honest with him. Both of them did what they did in the heat of the moment and TR was obviously a very deranged man. But Abe will be furious that Eli encouraged the lie. Eli and Lani are both police officers and sworn to protect and uphold the law. As mayor, Abe may decide to ask for both Lani and Eli’s resignation from the force!

Should Paulina marry Abe before she confesses the truth to him? Will Abe be furious that there was once again a lie between them? Will Abe hold Eli to a higher standard because he didn’t trust the law and violated his duties as an officer of the law? Anything can happen in Salem so stay tuned to Days of Our Lives airing weekdays on NBC. And don’t forget to check back right here regularly for all your Days of Our Lives news, information, and spoilers!