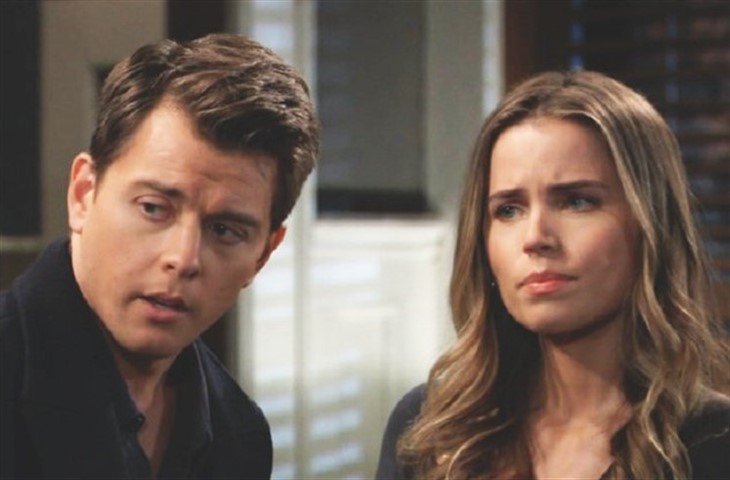 General Hospital (GH) spoilers and updates tease Michael Corinthos (Chad Duell temporally played by Robert Adamson) has been dealing with many family issues. Michael and his girlfriend Willow Tait (Katelyn MacMullen) went to court to prevent Nina Reeves (Cynthia Watros) from getting visitation rights with his son Wiley Quartermaine-Corinthos (Viron Weaver). Michael has been unable to get his relationship with his father Sonny Corinthos (Maurice Benard) back on track. Michael may need to get a fresh perspective from his past love and friend Sasha Gilmore (Sofia Mattsson).

General Hospital Spoilers: Michael Corinthos Gets in Touch with Sasha Gilmore for Advice

Michael knows that he can count on Sasha for advice. Michael and Sasha had been in a committed relationship in the past. Michael needed to marry Willow in order to help him to get custody of Wiley from his biological mother Nelle Benson (Chloe Lanier). Sasha got Harrison Chase (Josh Swickard) to help her to make sure that Willow would marry Michael. Michael knows that Sasha would want the best for Wiley.

Michael has decided that he wants to go after Sonny because he sided with Nina at the visitation hearing. Michael has been struggling with the fact that Sonny wants to be with Nina. Michael blames Nina for keeping Sonny away from his family. Michael has been upset that Sonny did not stay with his mother Carly Corinthos (Laura Wright). Michael has told Sonny that he does not want to have anything to do with him. Michael may want Sasha to help him to decide if he will go through with his plan to take Sonny down.

Sasha has been able to move on from her relationship with Michael. Sasha married Brando Corbin (Johnny Wactor temporarily played by Brad Schmidt). Sasha has found success with owning part of Deception. Sasha will want to help Michael to find a way to deal with Sonny. Sasha has gotten close to Sonny because Brando is Sonny relative. Sasha has a close relationship with Nina despite their complicated past.

Sasha and Nina got close when Sasha pretended to be Nina’s daughter. Nina was upset with Sasha for a time when she found out the truth. Sasha was able to get Nina to forgive her for lying to her. Sasha may believe that Michael should find a way to forgive Sonny. Sasha may believe that Michael could find a way to coexist with Nina.

General Hospital Sasha has been having trouble with her life. Sasha has gotten help to deal with her drug addiction and the loss of her son Liam Corbin (no actor’s name known for this important role) from Gladys Corbin (Bonnie Burroughs). Sasha may be able to open up to Michael about her problems. Michael will want to help Sasha to overcome the difficulties she is having.