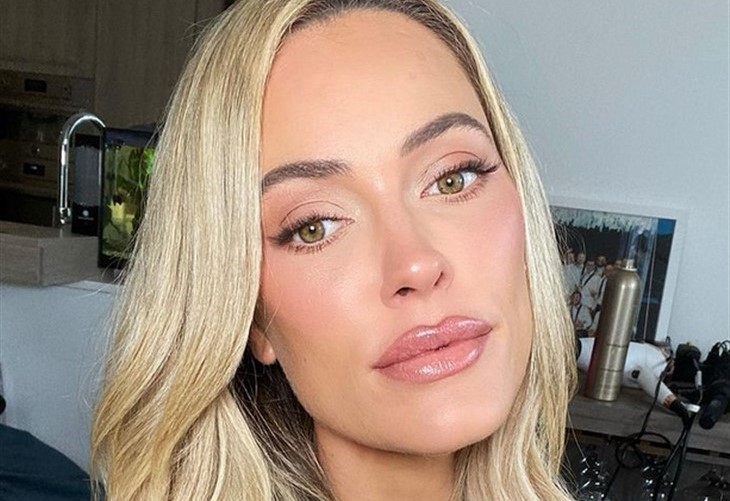 Dancing With the Stars (DWTS) fans heard that Maksim Chmerkovskiy and Peta Murgatroyd hooped for a baby at the end of the 2020 season of the ABC show. Well, she managed to fall pregnant but she lost the child. At the time, Maks was in Ukraine. Well, you can imagine how hard it was for him to be so far away from her when she heard the news.

The popular Dancing with the Stars couple already parents Shai Aleksander. However, they really hoped for another child. In 2020, after Peta and Vernon Davis were eliminated from the ABC show, she seemed relieved rather than despondent. In fact, she thought it might be a great time to try for another baby with Maks.

DWTS fans later heard that Maks Chmerkovskiy ended up trapped in Ukraine after the war with Russia broke out. However, he also acts as a judge for the Ukrainian version of the show. So, when she lost the baby, it wasn’t when he struggled to get out of the country to Warsaw. In fact, she lost the baby in October last year. That came after she flew there to spend some time with him.

Dancing With The Stars – Baby Loss Misunderstanding For  Maks

People Magazine reported that they spoke exclusively with Peta about the loss of a baby. In recollection, she spoke about how “a team of medics..loaded her into an ambulance as her 5-year-old son watched.” It came after she collapsed in her house while battling with covid-19. At the time, she didn’t realize that she was pregnant, and neither did Maks.

The DWTS star said that she gave her guy a call when she was at the hospital, but it coincided with the doctor talking to her about her pregnancy. So initially, he seemed thrilled that she conceived. However, he misunderstood, so his joy turned to sadness because he heard that she also lost it.

Dancing With The Stars – Covid-19 The Cause Of Her Miscarriage?

The DWTS pro-dancer told the outlet that she felt dreadful when she tested positive for covid-19. So, she concluded that her body “was unable to both fight off the illness and sustain the very early stages of her pregnancy.” At the time, she said that she felt like she “was dying.” So, it’s understandable that the illness probably caused the miscarriage.

What are your thoughts about the sad news that Maks initially got so excited about the baby, only to hear that Peta lost it? Shout out in the comments below.

Be sure to catch up on everything happening with the cast of DWTS right now. Come back here often for more Dancing with the Stars spoilers, news, and updates.