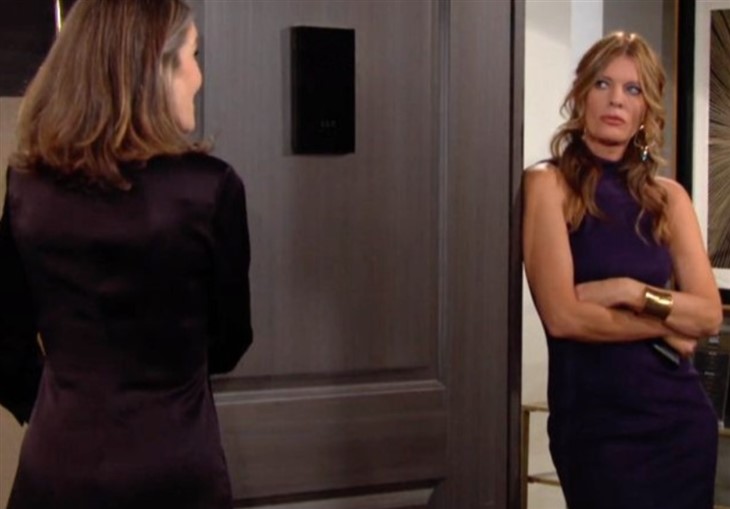 The Young and the Restless spoilers document that Diane Jenkins (Susan Walters) told Jack Abbott (Peter Bergman) that she was relieved to hear him say that he and Phyllis Summers (Michelle Stafford) were over. Little did Diane know that Phyllis was not in Georgia when that comment was made.

Summer Newman Abbott (Allison Lanier) received a call from her mother. Phyllis lied, saying all was going well with Summer’s brother, Daniel Romalotti (Michael Graziadei). But Phyllis left Georgia earlier that day and was talking from inside her suite at The Grand Phoenix Hotel.

The Young And The Restless Spoilers – Jack Abbott Between Two Ladies

Jack thought he and Phyllis were on a reconciliation path. They grew close months after he repledged his love for her. She was not able to reciprocate at the time because she was still with Nick Newman (Joshua Morrow).

Nick’s choice to opt out of their latest re-pairing meant that Phyllis was single, though not by her decision. She did not rebound into Jack’s arms but took time to re-opening her heart to him.

While Phyllis placed Jack as her number two option through the years, Diane missed Jack almost as much as Kyle Abbott (Michael Mealor) during the period she was faking her death.

Diane wants Jack back, as Phyllis and others know. But she is not being overt about her intentions.

Walters’ character believed that Phyllis would revert to her dysfunctional pattern and screw up whatever she and Jack were doing. That happened without much prodding from Diane, who Phyllis blames for baiting her.

Diane was delighted that Phyllis shouted out her intentions in the GP lobby. The tell, about marking her territory, caused Jack to more than recoil. He felt that was a revelation and chose to pull the plug on what he thought was a couples’ comeback.

Phyllis may or may not be able to soothe Jack’s emotions. But even if they do not get back together, she is determined to pull Diane down.

Diane is poison in Phyllis’ mind. But Stafford’s character feels that Jack has cracked the door to Diane open, if just a bit.

Phyllis has recalculated. She knows Diane is the same enemy she has long been. Jack remains in the middle, with this story line continuing to swirl.