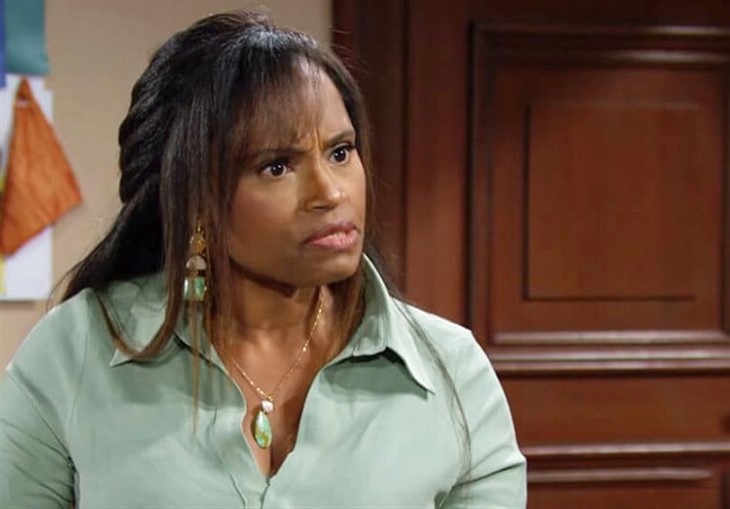 The Bold and the Beautiful (B&B) spoilers document that Grace Buckingham’s (Cassandra Creech) concerns about her youngest daughter continue to expand. Rather than Grace’s efforts to push Carter Walton (Lawrence Saint-Victor) out of the picture, Paris Buckingham (Diamond White) agreed to marry him.

Paris’ youthful exuberance was on display after Carter proposed. His use of the ring his true love, Quinn Fuller (Rena Sofer), created was an added element in the developing plot.

Grace will not relent in her attempt to prevent Paris from making a mistake. Viewers know that Grace is likely right about Carter not being the right man for Paris.

Grace tagged Carter as a player before she arrived in Los Angeles, California. Viewers were not privy to the conversations that happened between Grace and Carter’s last fiance. They were merely referenced by Creech’s character.

Paris’ mother decided that Zoe Buckingham (Kiara Barnes) was wronged by Carter. That opinion is wrong, as viewers know Zoe played games with him while chasing Zende Forrester Dominguez (Delon de Metz), who repeatedly rejected her after learning that she was interested in Carter.

It is hard to blame Grace for wanting to project her child. She is right in seeing Carter as being cavalier with Paris’ feelings and future.

Grace knows that Carter became involved with Quinn, who remains married to Eric Forrester (John McCook). But Paris knew about that issue.

However, Paris does not know that Carter is still in love with Quinn and is attempting to marry quickly to negate his true feelings. That trends toward Paris being hurt in the near future.

Paris was surprised that Carter proposed. She was ecstatic when he followed by saying they should not wait to marry.

The rushed nuptials remind devoted fans that Carter pressured Zoe to get engaged because he felt compelled to settle down. Now, he is following a similar path, with his intentions tied to Quinn in this follow-up instance.

White’s character has completely rejected her mother’s warnings. But Paris may be forced to eventually admit Grace’s stance was just.

Quinn appears destined to leave Eric. That would give Carter an option he thought was gone, with Paris set to be devastated and Grace relenting that she could not prevent the fallout.