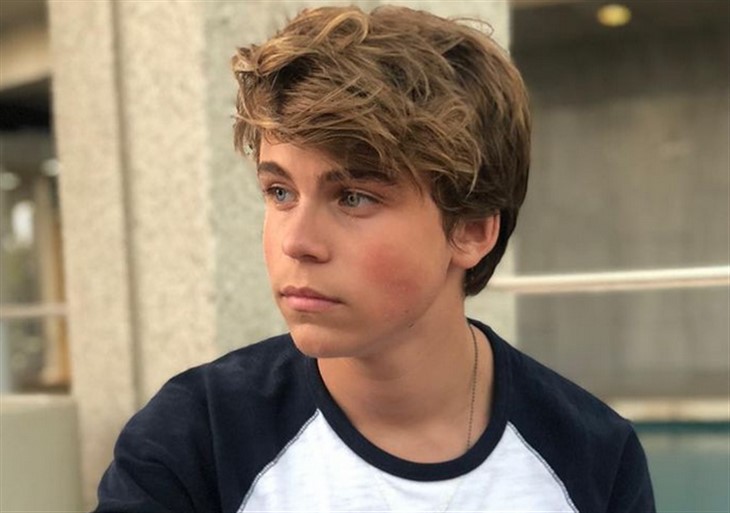 General Hospital star William Lipton, who plays good guy Cameron Webber, is one of three performers involved with one storyline who received a Daytime Emmy nomination in the Outstanding Younger Performer category. The other two are Nicholas Alexander Chavez (Spencer Cassadine) and Sydney Mikayla (ex-Trina Robinson).

General Hospital  Spoilers – William Lipton Is Thrilled To Be With Friends

When Lipton learned he had been nominated for a Daytime Emmy, he immediately congratulated the two friends he is competing against. “I called up Sydney and Nicholas right away and we had a lovely chat,” Lipton said in the June 28, 2022, issue of Soap Opera Digest. “We’re super happy for each other and I’m just excited I get to see Sydney at the Emmys because I miss her a lot.”

Indeed, it was Mikayla’s choice to leave GH and the role of Trina behind earlier this year so she could live a normal college life and focus on her studies at UCLA. Lipton and Mikayla worked together for several years as they became the best of friends, despite Trina once having a crush on Cam, despite his feelings for her best girlfriend, Josslyn Jacks (Eden McCoy).

When the nominations were first announced in early May, Lipton had forgotten all about them and wasn’t even thinking about what might happen. After all, school was getting in the way and had to dominate his focus as it was almost finals time.

“Nomination day slipped my mind because I was in the thick of finals season at the end of my semester,” Lipton told Digest. “I just had a long talk with my mom, and I love my mom very much, but when she called me back five minutes later, I was like, ‘Mom, I can’t spend all day talking to you.’ She was like, ‘William, you got nominated.’ It was a great way to find out.”

Like his friend Sydney Mikayla, Lipton does not plan to keep his statuette in his dorm room if he wins. “I think a dorm room is a little too chaotic of a place for such a beautiful item, so it would probably go in my room at my folks’ place.”

One thing Lipton does know is that he does not intend to have a speech prepared as he did for his first nomination.